After the Abuse Has Ended 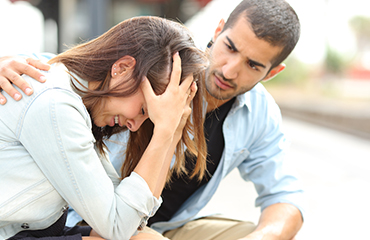 Get Help Now Help is available for substance-related issue you may have developed due to abuse.

Getting out of the abusive situation is the first step toward healing and moving on in your life, but unfortunately, your work doesn't end there. Once you are physically safe and secure, it is a good idea that you seek professional help for any abuse-related difficulties you may develop.

Responses to Being Abused

It is important to keep in mind that each individual will have a different response to abuse. Each person experiences abuse differently, and is able to cope with abuse in different ways depending on their circumstances. 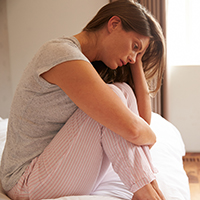 What people do have control over is their choice to seek help, and to make the commitments necessary to help themselves recover. It is by this last yardstick (how much people choose to actively work at helping themselves recover rather than passively accepting that they are 'ruined') only that it may appropriate to judge abused people.

It is important to not blame yourself for having been abused, no matter what the circumstances of your abuse may have been. People tend to blame themselves for 'allowing' abuse to have happened to themselves.

They may say things to themselves like, "He hit me because I was stupid and I deserved it", or, "I was a bad child and deserved what I got", or , "I'm ugly (or a slut), that's why he ignored me (or molested me)".

Just because you say things like this to yourself doesn't make them true.

Nobody deserves to be physically, sexually, or emotionally abused - whether as an adult or as a child. Abusive people are unable or unwilling to control their worst appetites. They are psychologically ill and or medically ill. Abusers cause the problem of abuse - they perpetrate abuse on those people around them. Abused people are not responsible for causing abuse, unless and until they become abusers themselves.
abuse Related Pages
Show More ▾
Featured Disorders & Issues