How common is a dual diagnosis? 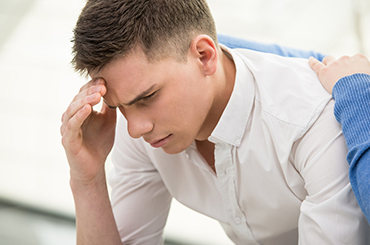 Local, state, and federal governments have invested billions of dollars in stemming the tide of addiction. Doctors routinely lecture their patients about the risks of drug misuse, and most children learn that one of the most punishment-worthy offenses is using drugs. Yet millions of Americans continue to try and become addicted to drugs each year.

For many, drugs offer relief from unmanageable psychological pain; in the world of addiction treatment, this phenomenon is known as a dual diagnosis.

If you have a dual diagnosis, it's not enough to get sober or go to rehab; you need comprehensive assistance for both your addiction and your mental illness.

The two issues tend to feed off of each other, which means that leaving your mental illness untreated can quickly trigger a relapse. Treating both is paramount.

Research from both the mental health and substance abuse domains has consistently revealed:

Not sure whether you have a dual diagnosis? Here are five signs that can tell you whether it's time to seek treatment.

1. You Use Drugs to Escape Psychological Problems

If you use drugs because your life feels unbearable, you may have a mental illness.

For instance, some people begin using drugs after a divorce or breakup, mistakenly believing that the drugs will temporarily take the edge off of the pain.

The causes of dial-diagnosis may include:

2. You Have a History of Mental Illness 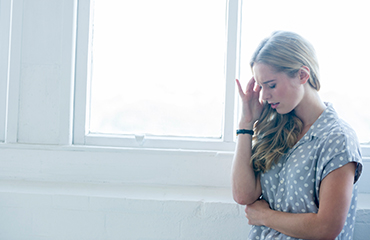 Don't wait With quality treatment and a willingness to abstain from drugs, you can finally shape your existence into the life you've always wanted and deserved.

Perhaps one of the strongest indicators that you need dual diagnosis treatment is a prior history of mental illness.

Mental illness does not go away on its own, especially not without intensive mental health treatment.

If you have a previous mental health diagnosis, odds are good that diagnosis still affects your life, and therefore, plays a role in your decision to abuse drugs.

3. Trying to Quit The Drug Makes You Angry, Suicidal, or Violent

Withdrawal is tough for everyone and tends to get worse with prolonged use of drugs. Quitting drugs, though, should not make you feel hopeless or suicidal.

Anxiety, more anger than usual, and difficulty concentrating are normal. If you feel that you're losing control or can't tolerate another second, though, it's time to get help. Some common withdrawal symptoms among people with mental illness include:

The consequences of a dual-diagnosis may include: 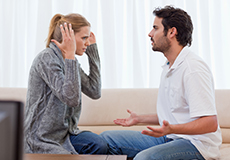 While many drug users abuse to escape everyday stressors or to experience something new, some rely on drugs to feel normal. If you're among them, you may have an underlying mental illness.

Though any drug can serve as a form of self-medication, the drugs you use may provide insight into the mental illness you have:

5. Mental Illness Runs in Your Family

Mental illness tends to run in families, but the connection between mental illness and genetics isn't as clear as you might expect.