AA Is To Shame As A Hot Knife Is To Butter

While on the www.mentalhelp.net forums recently I came across advice posted from one person to another regarding what she could expect from a visit to an Intensive Outpatient Program - a program of intensive psychotherapy that is useful for persons struggling with substance abuse problems (alcohol and/or drugs). 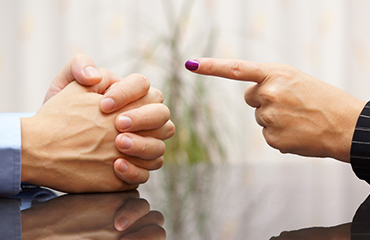 Specifically - the one person was saying to the other that "If you're going to IOP for alcoholism, you can expect one thing... indoctrination into Alcoholics Anonymous".

The writer went on to describe her negative experience with a substance abuse IOP program:

"I've been to both types of treatments, and they are worlds apart. The psych units will try to empower you.. "you have the right to say "no" and make your own decisions".. the chemical dependency unit will tell you you are filth and never had a decent thought in your life and are a devious person".

As a Clinical Psychologist who used to work on an IOP and Partial Hospital dual-diagnosis unit with alcoholics and drug abusers with coexisting mental disorders, I had a reaction to this posting.

I got to thinking how differently my own impression of AA was from this writer's impression. I also got to thinking about how much shame seemed to be coloring the picture of AA and substance abuse treatment for this writer and for so many other persons out there currently struggling with addiction. I got to thinking that it would be a good thing to write a little bit about how the 12 step program that AA delivers addresses the problem of shame in addiction.

By the way - This is by no means the first time I've come across a negative view of AA. My own impression of AA, before I had any practical experience with it, was similarly very negative. "AA", I thought, "is an organization not unlike the Moonies - essentially about mind control and making you over in their image". Something to that effect. Concrete experience has shown me that I was wrong. As far as I can tell, AA is really about making you free to act effectively.

What is Alcoholics Anonymous?

For those of you who don't know - AA is a fellowship of alcoholics who come together regularly for the purpose of helping themselves and other alcoholics who desire help to stop drinking. 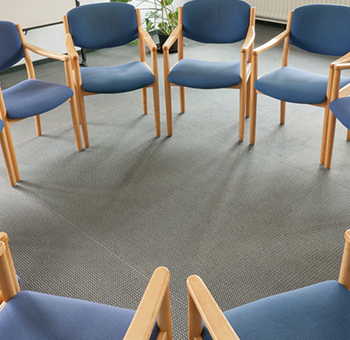 Perhaps the most famous thing the world at large knows about AA is the Twelve Step program that forms its heart. For my discussion here I want to focus on the first three steps and how they relate to the problem of shame. For me at least, it is in these first steps that the Genius of AA is most clearly illuminated. 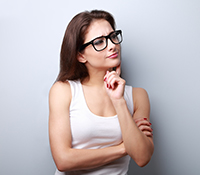 Think about these phrases for a minute. Consider with me how powerful they are. And how paradoxical. The first three steps of AA are saying in no uncertain terms that the way to restore control is through submission to a "higher power": God as we understand him. A lot of people get hung up on the part about God and never come back. That is a shame because although AA is spiritually based and was founded by religious men the message of AA that makes it powerful is not essentially a religious one.

To AA participants, God can just as well be an acronym for "Good Orderly Direction" as it can refer to (insert deity of your choice here). It doesn't really matter. Good orderly direction can also be sought through treatment and rehabilitation.

Another way to get at what AA is saying is that - if we want to stop drinking - we must trade in a dysfunctional and shame-producing way of thinking about our alcoholism for one that is less conducive to shame. We have to fundamentally change the way we understand our alcoholism and ourselves.

The dysfunctional way of thinking about alcoholism we probably hold comes from our tendency to think of ourselves as minds that stand outside of and are independent from the world and the objects within it (including our own body!).

We tend to draw a strong distinction between what is me (my thoughts) and what is not me (everything else). We tend to think that while we can control the objects in the world, we are somehow different from those objects.

The problem of control 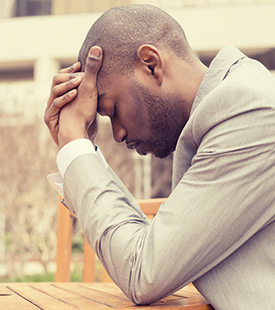 Insofar as things exist in the world that can be manipulated (like tables and chairs and cars and money) this way of thinking about things works well enough. Where we get into trouble is when we start trying to control, manipulate or dominate our feelings and hungers as though they were objects like tables, chairs, cars, and money.
We cannot dominate our feelings and win because by dominating them we dominate ourselves. When anyone else tries to dominate us - we tend to get pissed at them and resist their control. It is no different if we try to dominate ourselves. We still get pissed - at ourselves! and assert our independence from control. The harder we try to control our feelings and hungers-- the stronger they come back at us and bite us on the butt.

This is where shame enters the picture.

Shame is an emotion that we only feel when we are comparing ourselves to some standard and find ourselves wanting - failing to meet the standard.

In the case of the person struggling with alcoholism the standard is some variation on the theme of "I'm able to maintain control over my drinking".

When an alcoholic finally gets it that he or she simply cannot expect to drink in a controlled way (just as he or she cannot expect to flap his or her arms and fly) then the expectation of being able to remain in control is also dropped.

It is through a shift in thinking that freedom from addiction becomes possible. This 'freedom' can be articulated in different ways, like:

When you really understand that you are not able to beat back your hungers by willpower alone you can then begin to master your hungers through other more effective means that help you to not get so hungry in the first place - such as:

A person is trapped within addiction and most of the time has no idea how to get out of the trap. The ways out of addiction necessarily involve far-reaching psychological and lifestyle changes. To implement these changes the addict needs to find discipline as well as endurance, acceptance, and structure. It is just plain hard to do this sort of work consistently without first making the fundamental shifts in thinking and feeling discussed above.

AA facilitates these shifts in thinking away from control and domination and towards acceptance of limitations and inter-dependence by making it the central and crucial point of their program.

Some Cool Things To Know About AA: 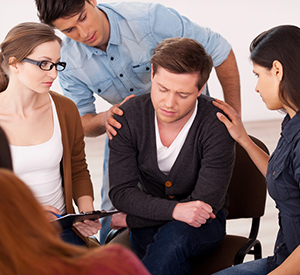 I'm not the originator of these ideas - Just a messenger. To the extent that I've managed to do them justice, I am grateful. These ideas are due to a (now dead) Ph.D. type by the name of Gregory Bateson who wrote them down some 30 years ago in an article called "The Cybernetics of Self: A Theory of Alcoholism". This article remains the clearest secular translation of AA's ideas I've ever seen. It is a difficult read as it is aimed at an intellectual audience - but I recommend reading heartily to any interested parties. The article is available within a book of Dr. Bateson's collected works titled "Steps to an Ecology of Mind" which can be found in most libraries (or purchased for under $15 USD). I have not found the article to be available on the web.