Effects and Side Effects of Adderall Abuse

What is Adderall Used For?

This powerful stimulant—a non-racemic combination of amphetamine and dextroamphetamine—can work wonders for people struggling with chronic sleepiness and ADHD. For recreational users who frequently obtain Adderall illicitly from diverted prescriptions the drug can turn deadly. 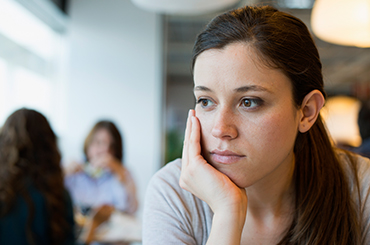 Immediate Effects and Adverse Effects of Adderall Use

Adderall works to immediately speed up activity throughout your nervous system, sharpening alertness and concentration.

If you don't have an attention deficit, though, this sharpened concentration can actually be a bad thing—causing you to view yourself as more competent and intelligent than you are or behave in an impulsive, or violent manner.

Some of the short-term effects of Adderall include:

If you take doses of Adderall larger than those recommended by your doctor, your use of the drug could lead to an overdose, even with your very first use.

Troublingly, many users believe Adderall is safe because of its prescription use, but prescription drugs now kill more Americans than any other drug group.

Prolonged use of prescription Adderall can lead to an "accidental" chemical dependency that leads to addiction.

Prolonged use of Adderall can lead to a host of unpleasant psychological and physiological effects. Even those who use Adderall on a prescription basis can suffer these effects.

Indeed, prolonged use of prescription Adderall can lead to an “accidental” chemical dependency that leads to addiction. For this reason, it's critically important to routinely check in with your doctor to ensure your use of Adderall is still a wise strategy.

Some of the long-term effects you can expect with the use of this drug include:

Pregnancy-related complications; recreational use of Adderall during pregnancy can lead to stillbirths, miscarriages, and birth defects.

There's no denying that the initial effects of Adderall are highly pleasant, especially for people struggling with low energy or depression.

You may experience moderate cravings for the drug at first, but with continued use, the cravings will quickly become so intense they are impossible to ignore.

If you’re concerned that you or a loved one are suffering under the weight of an Adderall dependency, call 1-888-993-3112Who Answers? to speak with someone about your Adderall addiction treatment options.

For prescription users of Adderall, the changes are often slow and steady. It might begin with some angry outbursts or a dose of anxiety until you realize that you're an addict whose life is dominated by Adderall. Many Adderall users experience sudden, unexplained angry outbursts that undermine their relationships and well-being.

A previously placid husband might suddenly begin smashing furniture at the slightest provocation by his wife or children. Worse still, these side effects don't require high doses, which means even prescription users can experience them; anger is often the first sign that your prescription use of Adderall has become an addiction.

Recreational users often experience side effects more quickly. Some of the long-term perils of Adderall addiction include:

Taking Adderall without a prescription can make any underlying mental illness worse.

Mental illness is common, in some form affecting about a quarter of the population every year. Adderall is a common treatment for mental and behavioral health issues such as ADHD.

Having this pre-existing issue might be a factor for developing addiction, since these disorders increase your likelihood of being prescribed Adderall in the first place.

Taking Adderall without a prescription, though, can make any underlying mental illness worse. Some people with inattentive symptoms self-medicate with Adderall, but over time—if abused—this drug can actually make inattention worse.

The connection between mental illness and Adderall is much broader, however. Disorders such as depression and PTSD can make life difficult.

Adderall offers a tempting source of energy and euphoria that can temporarily alleviate the pain of mental illness. Over time, though, it can make mental health issues worse.

In some cases, Adderall can even cause mental illness by altering brain chemistry and causing you to behave in ways that make your life more difficult. An abusive outburst, for example, might cause your spouse to leave you, sparking a cascade of depression.

It doesn't have to be this way. Treatment works—often faster than you might think.

Seeking treatment now is the best thing you can do to maximize your chances of a better tomorrow.

For help finding the best Adderall addiction treatment programs, call to speak to one of our treatment support specialists at 1-888-993-3112Who Answers?, any time of day.