Bulimia nervosa is an eating disorder characterized by a cycle of binge eating (consuming excessive amounts of food) that is followed self-induced compensatory behaviors like vomiting, fasting or purging.

Bulimia is one of the most common eating disorders in women and it often co-occurs with alcoholism. 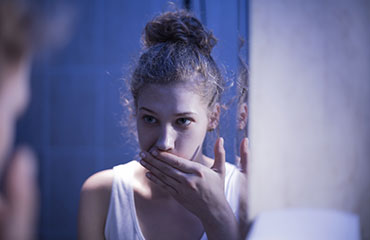 How Common is The Dual Diagnosis of Bulimia & Alcoholism?

The co-occurrence of both conditions poses challenges for treatment and may adversely impact treatment outcomes, like the rate of relapse and return to normative functioning.Therefore, it is very important to address this co-occurrence.

If you are struggling with bulimia and an addiction to alcohol, call 1-888-993-3112Who Answers? to learn about inpatient treatment options. Be sure to ask centers if they provide dual-diagnosis treatment for substance abuse and bulimia.

Various theories have been proposed to explain the co-occurrence of bulimia and alcoholism. It is possible that the two conditions share common causal factors or may even be the manifestation of a general underlying factor. These could include genetic factors, other biological factors, psychological factors, environmental factors, or a mix of these.

It has also been proposed that food deprivation increases the likelihood of alcohol use by altering the brain reward pathways. Alterations in common bodily systems such as opioid pathways can also underlie both bulimia and alcohol use disorders. 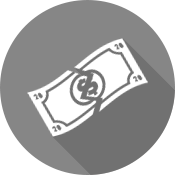 Shared personality factors, referred to as an addictive personality style, have been proposed to underlie the emergence of bulimia in conjunction with  alcoholism. It has been proposed that impulsivity could be a common driving factor for bulimia and alcohol abuse.

It has also been suggested that the feelings of guilt and shame consequent to binging episodes could be followed by attempts at regulating emotions through use of alcohol. Similarly, a diagnosis of depression associated with either bulimia or alcohol use disorder would increase the likelihood the other disorder occurring.

Periods of intoxication following alcohol consumption also tend to lead to restriction or regulation of eating behavior and could lead to binging episodes. ‘Self-medication hypothesis’ and ‘tension reduction hypothesis’ are some other proposed mechanism to explain the co-occurrence of bulimia and alcohol use disorders.

Effects of Having Comorbid Bulimia and Alcoholism 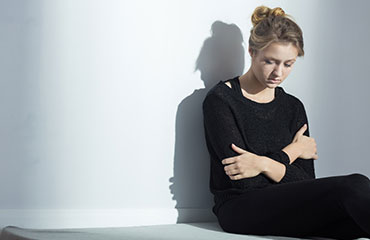 Women with co-occurring bulimia and substance use disorders are more likely to experience psychiatric symptoms. This can manifest in the following ways:

Presence of an alcohol use disorder among women with bulimia has been reported to be associated with relatively poorer treatment outcomes in certain studies. However, this has not been a consistent finding across the literature, with certain studies reporting no such impact. 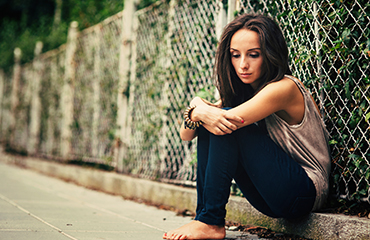 You Are Not Alone
Search for addiction rehab centers near you. Be sure to ask whether they treat co-occurring bulimia and alcoholism.

Women diagnosed with bulimia and alcoholism are at an increased risk of having other psychiatric disorders including personality disorders.

CBT for bulimia and alcoholism share certain components. For example, CBT will focus on  identifying high-risk situations or triggers, use records to self-monitor one’s behavior, and teach coping skills to address feelings or social situations that may lead to loss of control. CBT might also help the person find an association between binging episodes and alcohol intake.

Dialectical Behavior Therapy (DBT) has also been proposed as an intervention that can address the issues relevant to both bulimia and alcoholism.

Problems or complications of treating these two conditions together:

One of the major challenges in the management of co-occurring bulimia and alcohol is the limited clinical research.