Binge drinking is one of the most common types of excessive alcohol use among adults within the United States. More than 10% of the adult population engage in binge drinking behavior, and it is becoming increasingly prevalent in adolescents. Adverse effects of binge drinking include: 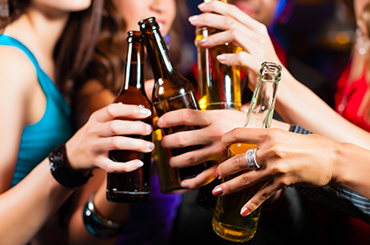 What is Binge Drinking? How Common is It?

'Binge drinking' is a common term referring to the general practice of drinking a large amount of alcohol in a relatively short time.

Previous studies have indicated that the prevalence of binge drinking among men is nearly double that among women.

While binge drinking is, indeed, a form of drug abuse and addiction, most individuals who binge drink do not meet criteria for alcohol dependency.

Previous studies have indicated that the prevalence of binge drinking among men is nearly double that among women. If you think your drinking has gotten out of hand, preventative measures can help it from developing into a serious addiction. Please call 1-888-993-3112Who Answers? to find suitable programs that can help you get back on track.

It is well known that individuals who drink heavily over long periods of time are at risk for developing significant deficits in cognitive functioning. Indeed, an extensive body of research indicates that even moderate drinking can lead to significant short-term impairments in one's cognitive abilities.

There are a number of factors that can impact how alcohol affects the brain, which include: 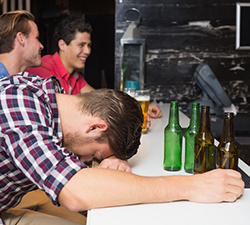 Regular consumption of alcohol can lead to significant changes in the individual's memory. In fact, as the amount of alcohol consumed increases, so does the degree of memory loss.

As such, individuals who regularly engage in binge drinking practices are considered to be most at risk for memory lapses--known as blackouts.

Blackouts are characterized by a period of time in which the intoxicated individuals are unable to recall any key details of events that occurred.

Cognitive functioning can also be impaired the next day, following a binge drinking episode.

While binge drinking can lead to serious consequences in terms of cognitive functioning, it can also have other central nervous system effects that may lead to the magnification of negative moods and emotions.
Individuals who binge drink regularly and, therefore, experience repeated physiologic withdrawal following multiple episodes of excessive alcohol use, are more likely to exhibit signs of deficient emotional competence.

Individuals with regular patterns of binge drinking often have a harder time dealing with stress, as chronic heavy drinking can have a significant impact on the balance of neurotransmitters within the brain. If you or someone you love needs help, treatment can reverse the effects of problematic drinking. Get help now by calling 1-888-993-3112Who Answers?.

Generally, the risks of more severe withdrawal symptoms increase in approximate proportion to the extent and duration of binge-drinking behavior.

What Increases The Risk of Binge Drinking? 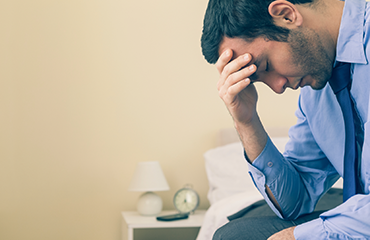 Don't wait Treatment can help you overcome your negative drinking behaviors and put you on the path to sustained recovery.

There are a number of risk factors that have been correlated with higher rates of binge drinking. These include:

Evaluation by a mental health, medical doctor or other addiction treatment professional can help to make the determination for the appropriate level of treatment. Many individuals who engage in regular binge drinking do not necessarily meet criteria for alcohol dependency. In these instances, you may be able to cut back on your drinking on your own.

Prevention programs are also available, as a way to prevent individuals who may be at an increased risk from becoming habitual binge drinkers.
Brief Interventions have shown some promise as a prevention program targeted toward younger populations. Call 1-888-993-3112Who Answers? now to find a program that suits your needs.

The prevalence of binge drinking among adolescents is incredibly high. In fact, alcohol is regarded as one of the most commonly used and abused drugs among youth in the US.

Though drinking alcohol is illegal for those individuals who are under 21 years of age, youth between 12 and 20 years have been estimated to consume nearly 11% of all the alcohol consumed within the US.

Moreover, binge drinking may lead to increased risk for:

Youth who began drinking before the age of 15 are believed to be five times more likely to develop problems with alcohol dependence or abuse when they reach adulthood than those who started drinking after their 21st birthday.

It is believed that the brain of those under 21 is still continuing to develop; thus, exposure to alcohol at such as young age leads to significant consequences later on in life. If you or someone you know is drinking heavily and frequently, it might be time to find a treatment program that can prevent dangerous complications from developing. Call 1-888-993-3112Who Answers? now to get connected.

There are a number of factors that have been suggested to lead many adolescents to binge drinking. These include:

Binge-drinking - an all too frequent occurrence among college students - can exert a range of negative effects, including: