How Much Alcohol is Bad During Pregnancy?

There are differing and inconsistent views about how much alcohol is harmful during pregnancy.

This is because it is difficult to measure what amount is safe during pregnancy. So, there is no concrete way to tell whether a single glass of wine will or will not have detrimental effects on the fetus—or to what extent. 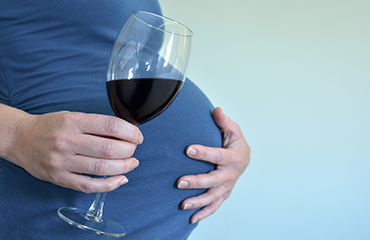 The difficulty in understanding the effects of alcohol on fetal development is primarily due to:

Accordingly, the guidelines around drinking have differed.

The Center for Disease Control (CDC) cautions women on the need to be careful about alcohol consumption during pregnancy and advises them not to drink while pregnant. If you are pregnant and unable to control your drinking; help is available. Do the right thing for yourself and your baby, call 1-888-993-3112Who Answers? to learn about treatment.

What Effects Could Alcohol have On My Baby?

According to research, Fetal Alcohol Syndrome (FAS) is one of the major risks associated with drinking alcohol while pregnant. The three main characteristic symptoms of FAS are:

Central nervous system abnormalities differ during each developmental stage of life and include:

Combined, many of the above deficits can result in neuro-behavioral difficulties during adolescence and adulthood, manifesting in:

What Are the Maternal Risks for FAS?

How Can I get Help if I Want to Stop Drinking during Pregnancy?

It is also important to talk to your doctor about the problem and request for referral to a specialist for early intervention.

There is a misconception that if you have consumed alcohol during pregnancy, there is no point or benefit to stopping—the damage has, effectively, been done. It is never too late to invest in yourself and your baby. Please call 1-888-993-3112Who Answers? to learn about the treatment options that are available for you.

Additionally, there are various possible therapies, interventions, and resources that can help women to stop drinking during pregnancy. 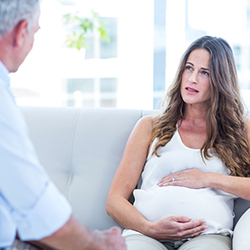 Pharmacological treatments: While treatments such as disulfiram, acamprosate and naltrexone have demonstrated efficacy in treating alcohol use disorders, there is a lack of data regarding their safety for use during pregnancy.

Some additional resources that can help expectant mothers to stop alcohol drinking include:

What If I Have a Few Drinks Not Knowing I'm Pregnant? 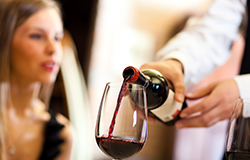 Most women drink alcohol before realizing they are pregnant and it is advisable to stop drinking once you realize that you are pregnant.

Although most researchers and physicians agree that drinking during pregnancy creates a risk for the fetus, there are disagreements on the level of risk and stages of pregnancy when damages may occur.

Every pregnancy tends to be different, and not all women have an equal disposition to increased risk of FAS- related birth. Moreover, there is some evidence that moderate alcohol intake during pregnancy does not necessarily lead to adverse effects on the fetus. A systematic review on the effects of low alcohol consumption (less than 12 grams per day) concluded that there was no evidence that it was harmful.

So, the conclusion we can reasonably draw from that information is this:

If you did not know you were pregnant and drank for a certain period, it will most likely not have a harmful effect and you should stop as soon as you find out in order to reduce the risk of developing complications related to alcohol.

However, if you have developed an alcohol addiction, it is critical to seek help. Please call 1-888-993-3112Who Answers? to find a treatment option that is suitable for you and your baby.

What Does The Research Say? 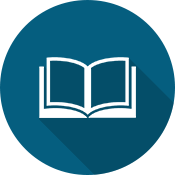 In 2007, it was estimated that the prevalence of alcohol use amongst pregnant women is 12%.

Between 2012 and 2013, the CDC reported that around 10% of women reported drinking during pregnancy and of this around 3% were binge drinkers.

Can I Drink While Pregnant?

Although there is inadequate knowledge about the exact effects of drinking alcohol during pregnancy, the existing knowledge suggests that alcohol consumption has both primary and secondary negative consequences for the fetus.