Effects and Side Effects of Cocaine Abuse

Cocaine addiction can cause physical and psychological problems, and can even kill, as evidenced by the deaths of celebrities such as Whitney Houston. According to SAMHSA's 2013 National Survey on Drug Use and Health: 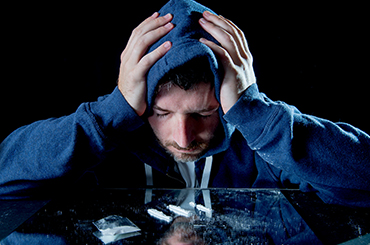 Immediate Effects and Adverse Effects of Cocaine Use 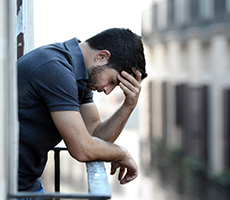 In small doses, the drug can make users feel energetic, excessively talkative, mentally alert, and euphoric. Over time, users may even neglect their basic needs for food and water in their quest to get more cocaine.

Though some users believe their thinking is clearer, others report difficulty thinking while under the drug's influence.

Most users snort cocaine, though it's possible to inject or eat the drug, or even to use it as a suppository.

Immediate effects of use include:

At larger doses the following can occur:

Cocaine abuse can lead to heart rhythm problems, heart attacks, and even death. The drug can yield dangerous neurological effects, including seizures, headaches and strokes.

Some users experience gastrointestinal difficulties such as nausea and vomiting. Rarely, users can even die with their first use, typically due to slowed or stalled breathing or cardiac arrest.

Long-term use can cause bowel gangrene, since cocaine can cause widespread blood vessel constriction, which may cause blood circulation to dangerously decrease.

Additionally, this phenomenon of vasoconstriction can potentially affect a number of organ systems.

Many chronic cocaine users lose their appetite and experience significant weight loss and malnourishment. Others suffer brain damage and strokes, while some users experience changes in brain chemistry that can lead to depression and anxiety.

Sexual dysfunction, including difficulties with arousal, orgasm and libido are common.

Most addicts also experience some degree of personality change, with many behaving in ways they'd never consider - stealing from loved ones, verbally abusing children, or even becoming violent.

Cravings for cocaine are notoriously strong, making it unusually challenging to quit.

Experts in cocaine addiction report that cravings for this drug are notoriously strong, making it unusually challenging to quit.

Because of the role of cravings in relapse, all good recovery programs help addicts learn new skills for managing cravings. Identifying the specific triggers for these cravings is extremely helpful.

Some users even report cocaine use "flashbacks," during which they feel like they're high but actually aren't. This phenomenon, known as flashback euphoria, can trigger a relapse, so it's especially important for recovering addicts to learn how to cope with it.

Cocaine is highly addictive, and prolonged use inevitably leads to physical and psychological dependence.

With dependency comes the feeling that an addict can't survive without cocaine. Many addicts also suffer physical withdrawal symptoms, as well as depression and anxiety. Some may abandon familial or career obligations. Over time, dependence can cause addicts to prioritize cocaine above all else--even their children.

If you or someone you love needs help with a cocaine addiction, seek treatment immediately. Addiction can kill, but treatment works every day. Millions of addicts have recovered. You can, too. Please call us at 1-888-993-3112Who Answers? to speak with one of our experienced treatment support staff for guidance on choosing the right cocaine recovery and treatment facility for yourself or a loved one.

From your first use of cocaine, your body begins building a tolerance to the drug. This is why so many users report that their first high was their best. Many users respond to this phenomenon by using more and more cocaine, shortening the path to addiction and increasing their risk of an accidental overdose.

Cocaine withdrawal symptoms can include:

Intense cravings, both physical and psychological, are common. Many addicts report experiencing aches and pains, tremors, and chills.

Cocaine withdrawal is rarely medically serious but it has, in some reported cases, led to suicidal thoughts. Typically, withdrawal symptoms from cocaine addiction resolve within 1-2 weeks.

How Cocaine Addiction Changes Your Life 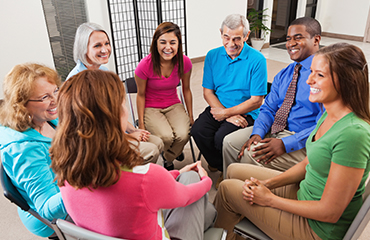 Find a 12-Step Meeting Get support from Narcotics Anonymous in overcoming an addiction to cocaine. Locate a meeting for you or your loved one.

When you're an addict, cocaine is in control. You may have difficulty concentrating at work or school, or neglect your loved ones and hobbies. Cocaine is an expensive drug, and can lead to financial problems and debt.

Cocaine addiction may even cause you to ignore your values. You might:

This, of course, can trigger a host of additional problems, such as divorce or legal difficulties.

For instance, a person with depression may relish the euphoria and stimulation cocaine offers. In other cases, cocaine masks a mental illness, making diagnosis challenging.

Occasionally, cocaine can even cause or exacerbate mental illness by influencing brain cell activity and altering neurotransmitters. Research suggests, for instance, that cocaine may inhibit the normal production of dopamine, a neurotransmitter associated with feelings of motivation and pleasure.

Dealing with a cocaine abuse problem is a life-altering struggle. Simultaneously grappling with the effects of a mental health condition can complicate things considerably. Dual diagnosis treatment is a viable recovery option for many; Call our toll-free number at 1-888-993-3112Who Answers? to find out more about cocaine rehabilitation options today.