Psychosis Due to Drugs

Many recreational and prescription drugs can induce psychotic symptoms that can mimic serious psychiatric disorders.

Drug-induced psychosis has been associated with suicidal thoughts, dangerous and violent behavior, hospitalization, and arrests.

Because treatment modalities can vary, it is important to distinguish whether psychotic symptoms are substance-induced or caused by other factors [1]. 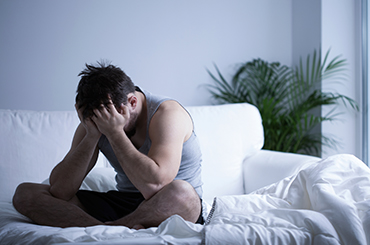 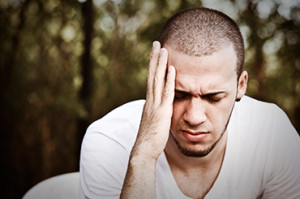 is a condition characterized by delusions and hallucinations, and is commonly associated with mental illness.

After long periods of use, some drugs can cause psychotic symptoms which mimic those experienced by individuals with schizophrenia, bipolar disorder, or other mental illnesses involving psychosis [1,2,3].

Other symptoms of psychosis may include:

Drugs That Can Cause Psychosis

The use of methamphetamine can lead to paranoia, persecution delusions, and auditory and visual hallucinations.

One common hallucination is the feeling of bugs crawling on one's skin. These symptoms might subside after stopping use, but they can also persist for weeks or longer, and may increase one's susceptibility for developing future psychosis. Even after long periods of abstinence, psychotic symptoms may return in periods of stress [1,4,5].

Cannabis use has long been associated with psychotic symptoms. The first evidence came from the Swedish Conscripts Study of 45,570 military inductees who were followed-up for 15 years.

The results showed that those who had used cannabis by the age of 17 were 2.4 times more likely to develop schizophrenia than non-users. The risk of schizophrenia rose to 6 times that of non-users for heavy cannabis users (more than 50 times at initial interview) [1,6].

Up to 50% of cocaine users will show some symptoms of psychosis after use. The risk increases with needle or freebased use.

Persecution delusions and tactile hallucinations are common. Psychotic symptoms can persist days, months, and sometimes years after use has stopped [1].

Amphetamine (Speed) can cause psychotic symptoms similar to methamphetamine and cocaine after repeated use [1].

Alcohol can cause delusions, mental confusion, disorganized speech, and disorientation. Typically, these symptoms subside upon sobriety.

Alcohol is one of the most commonly abused substances among individuals with schizophrenia, although diagnosis usually precedes use [1].

These drugs can induce temporary effects that mimic psychosis. However, these symptoms typically cease when the drug wears off.

Ecstasy can cause psychotic symptoms, antisocial behavior, and panic attacks. Persistent psychosis has been reported after a single use in some people [7].

Substance-induced psychotic disorder is diagnosed by the presence of delusions and/or hallucinations that are determined to be caused by the use of a psychoactive substance. Most psychotic symptoms unrelated to drugs continue even after complete abstinence from a particular substance.

Symptoms of drug-induced psychosis will typically wear off when use is stopped. However, frequent and prolonged use can result in years of psychotic symptoms, making it difficult to differentiate from other psychiatric disorders such as schizophrenia.

A diagnosis of drug-induced psychosis is only made when psychotic symptoms are severe and go beyond the normal psychological symptoms of drug withdrawal.

According to the Diagnostic and Statistical Manual of Mental Disorders (DSM-V), meeting the following criteria is necessary for diagnosis [9]:

It is important to determine whether psychotic symptoms are drug-induced or caused by an organic biological factor, trauma, a separate medical condition, or any other variables in order to initiate the proper course of treatment [1].