According to the American Psychological Association (APA), ecstasy, which is a common street name for 3, 4-methylenedioxymethamphetamine (MDMA), is classified as a "hallucinogen, other than phencyclidine."

Ecstasy use is marked by euphoria and feelings of hyper sexuality. Ecstasy users usually have markedly dilated pupils and may seem overly empathic, peaceful and relaxed. 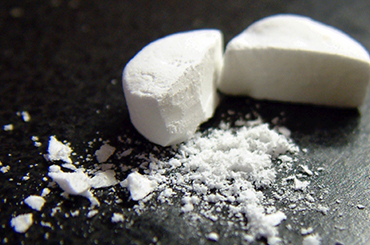 Signs and Symptoms of Ecstasy Abuse

According to the National Institute on Drug Abuse (NIDA), ecstasy has physical effects similar to cocaine and amphetamines, which can include:

What are the Effects of Ecstasy Use? 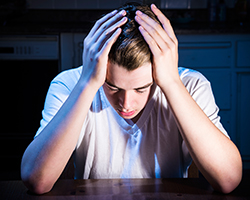 Short-term effects of ecstasy use include:

Users are at risk for a sharp rise in body temperature or hyperthermia, which can impact vital organs, and can lead to organ failure or death in some cases.

Ecstasy use can also alter brain chemistry and behavior and can lead to distorted perceptions, though not quite as strongly as other hallucinogens.

Long-term effects of ecstasy use can include:

These effects can occur as the drug increases the activity of the neurotransmitters serotonin, dopamine and norepinephrine. Serotonin regulates mood, emotions, memory and anxiety, therefore long-term use can affect brain structure and behavior.

Ecstasy use can have lasting detrimental effects. To learn more about treatment for ecstasy abuse, call our 24-hour hotline at 1-888-993-3112Who Answers?.

Ecstasy causes a rise in body temperature, which can lead the user to drink large amounts of water. This puts them at risk for ecstasy-induced hyponatremia, a condition caused by reduced sodium levels in the blood.

Severe hyponatremia can cause nausea, vomiting, muscle cramping and seizures.

Combining with Other Substances 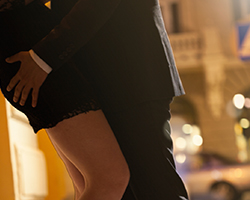 In environments such as raves, bars and nightclubs, ecstasy users can place themselves at risk for being drugged unknowingly with Gamma hydroxybutyrate (GHB) and Rohypnol, both of which have been known to be "date rape drugs" due to their odorless, colorless and tasteless form.

GHB is a central nervous system depressant that was originally approved by the Food and Drug Administration for use in treating narcolepsy, but due to its intoxicating and sedating effects it has become a popular "club drug."

Rohypnol, or flunitrazepam--also known as Roofies--is a benzodiazepine that can produce anterograde amnesia, which is why some users have difficulty remembering events that occurred while they were under its influence.

Ecstasy users may combine ecstasy with GHB and Rohypnol, and with alcohol and other drugs such as ketamine and LSD, also known as acid. Combining these drugs can lead to lowered inhibitions, high-risk sexual behavior, hallucinations, and with long-term use, withdrawal effects such as anxiety, tremors and insomnia. Users can suffer from seizures, breathing difficulties, coma, and in some cases overdose and death.

A problematic pattern of ecstasy use leading to clinically significant impairment or distress, as manifested by at least 2 of the following, occurring within a 12-month period:

Who is at Risk for Addiction?

Ecstasy is spreading past Caucasian youth, into non-Caucasian communities, and it is becoming popular among urban gay males.

According to the National Institute on Drug Abuse (NIDA), ecstasy first gained popularity among adolescents and young adults in nightclubs and raves. Now, it appears ecstasy is spreading to populations outside of these scenes, past Caucasian youth, into non-Caucasian communities. Research also indicates that ecstasy is becoming more popular among urban gay males.

The article reports gay males engage in multiple-drug use, combining ecstasy with marijuana, cocaine, methamphetamine, ketamine and other legal or illegal substances. Also, a family history of alcoholism or addiction can place a user at risk for abusing ecstasy or becoming addicted to it. 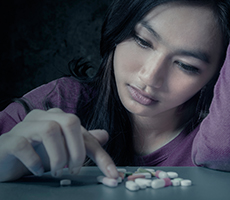 According to a study in the journal Drug and Alcohol Dependence, between 2002 and 2008, the prevalence of female adolescent ecstasy users between the ages of 12 to 17 was higher than males of the same age group. The study indicates that adolescents who participated varied by year, ranging from 17,429 to 19,430.

The human brain is thought to fully mature at age 25, which means adolescents and young adults using drugs are inhibiting the growth and development of their brain. Continued overproduction and depletion of serotonin, dopamine and norepinephrine can lead to long-term, lasting effects such as depression and other mood disorders, increasing a user's risk of suicide.

If your teen is using ecstasy, you need authentic, reliable information in order to develop the best plan-of-action for them. Call our confidential hotline at 1-888-993-3112Who Answers? where trained treatment support specialists are available 24-hours a day to provide ecstasy treatment information.

When to Seek Help

It is important to seek help for your child if you suspect they may be abusing ecstasy, as ecstasy could lead adolescents to experimenting with other dangerous drugs.

Adults engaging in high-risk behaviors and experiencing symptoms such as problems with attention and memory, confusion, impulsivity and aggression may want to seek help for themselves.

Help for Friends and Family 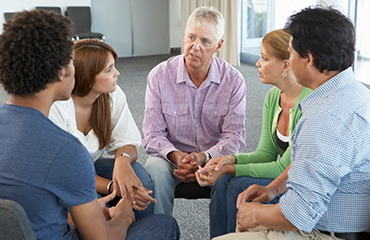 Get Support in NA Narcotics Anonymous is a 12-step recovery program that helps those with addictions to Ecstasy and other drugs. Find a local NA meeting for you or your loved one.

If you suspect a friend or family member to be abusing ecstasy, it may be important to collect information about resources available and ask them if they need help.

In severe cases, an interventionist may need to be involved to mediate and provide further knowledge and information on how the addicted loved one could get help.

If their ecstasy abuse is causing problems in your own life, you may need support in setting boundaries so you can assertively avoid enabling the ecstasy user and deal with the inevitable pressure and guilt that follows. Enabling may just prolong the time it takes for your loved one to seek help.

One should be able to locate numerous resources throughout the country for both adolescent and adult treatment that address drug abuse and addiction, including ecstasy rehabilitation.

While there may not be specific treatment centers dedicated exclusively to ecstasy abuse and addiction, most drug and alcohol treatment facilities that include standard treatment options--such as individual and group therapy--as well as education regarding addiction as a disease and the recovery process, can be effective for ecstasy abuse treatment.

Outpatient treatment might consist of a number of regularly scheduled visits with an addictions counselor throughout the week; this does not involve living at the facility

Because there is no requirement for a closely monitored or supervised, or medically assisted detox, it may be possible for an ecstasy user to successfully recover with participation in a lower level of care such as IOP or individual counseling.

For more information on the ecstasy treatment options or rehabilitation centers in your area, call our 24-hour hotline at 1-888-993-3112Who Answers?.
substance-abuse Related Pages
Show More ▾
Featured Disorders & Issues