What is Ecstasy? Are There Withdrawals from Ecstasy Use?

Ecstasy, also known as 3,4-methylenedioxy-methamphetamine or MDMA, is a psychoactive drug that is known for its euphoric and psychedelic effects. 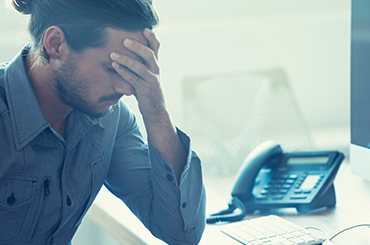 Approximately 19 million users worldwide used ecstasy in 2013.United Nations Office on Drugs and CrimeEcstasy is similar to methamphetamine and amphetamine, and is a Schedule I compound in the US (meaning there is a very high risk of abuse with no current documented medical uses).

Once used as only a party or “rave” drug, ecstasy is gaining popularity for general abuse because of its perceived “safety” (many new users believe ecstasy is not a harmful drug)—which is not the case.

Ecstasy produces its effects by promoting neurotransmitter release and blocking reuptake in neurons (serotonin, norepinephrine and dopamine) in the brain. An increased level of these neurotransmitters is responsible for the euphoria users experience.

Unfortunately, over extended periods of ecstasy use, the user’s body becomes adapted to the increased levels of neurotransmitters, and is unable to function normally below these levels.

When ecstasy is suddenly stopped or the dose is

decreased, the body tries to cope with the sudden loss of the extra stimulation, leading to withdrawal symptoms.

Clinically, ecstasy withdrawal is not well documented and research on ecstasy abuse and dependence is not conclusive.

However, because ecstasy affects the same neurotransmitter systems as other drugs of abuse, sudden changes in ecstasy dose after establishing a pattern of use can most certainly produce withdrawal symptoms.

Ecstasy addiction is not well studied, therefore, symptoms of tolerance, dependence and withdrawal are not well characterized.

We do understand, however, that ecstasy functions similarly to a stimulant and a hallucinogen, and stimulant withdrawal has been well characterized.

Some users have been able to report symptoms that are associated with stopping or reducing ecstasy use, precipitating a stimulant-like withdrawal syndrome, such as:

An ecstasy user does not necessarily have to be dependent upon the drug for adverse effects to continue long after the drug has been administered.

Even one-time ecstasy users experience confusion and depression-like symptoms weeks after using ecstasy (these feelings are not technically withdrawal symptoms, but are often mistaken as symptoms of withdrawal).

While withdrawal symptoms are not well characterized, they are still unpleasant and supportive treatment may be an option.

If you or a loved one is having trouble with ecstasy abuse and wishes to avoid an unpleasant withdrawal syndrome, contact one of our treatment specialists today by calling 1-888-993-3112Who Answers?.

Some of the dangers associated with ecstasy use, and thus withdrawal, can be attributed to the other chemicals that may be present in ecstasy pills.

The longer ecstasy has been abused and the higher the dosage, the more severe the withdrawal symptoms.

Generally speaking, the longer ecstasy has been abused and the higher the doses of ecstasy, the more severe the withdrawal symptoms.

Since ecstasy withdrawal does not present with any life-threatening symptoms, supportive and comfort measures will likely be taken.

However, as with any drug of abuse, if a user is dependent upon that drug, it is recommended that the user undergo withdrawal under the supervision of a health care professional. This does not necessarily mean that the user must

be admitted to the hospital in order to stop taking ecstasy; just make sure a professional is aware and has been consulted on the best way to stop or reduce use.

There are no pharmacotherapies to treat ecstasy withdrawal, only medications to manage symptoms and make the user more comfortable during withdrawal.

The acute phase of stimulant withdrawal lasts for 7-10 days, while the residual symptoms can last for several weeks. Stimulant withdrawals are often treated on an outpatient basis, with supportive therapies to ease some of the unpleasant symptoms (such as insomnia).

Outpatient treatment allows the user the flexibility to continue his/her commitments, such as work or school.

Deciding whether inpatient or outpatient treatment is the better option is a difficult decision, and rests on many individual factors.

Please do not hesitate to call one of our treatment specialists today at 1-888-993-3112Who Answers? for guidance in choosing which treatment option is the best fit for you or a loved one.

If you have a loved one going through ecstasy withdrawal, the best care you can give them is support.

Helping your loved one obtain prescribed medications to help lessen withdrawal symptoms by transporting them to and from the pharmacy or the doctor’s office is very helpful, as your loved one will likely not feel like driving (or may be too

Providing your loved one with a comfortable environment and assuring they are properly hydrated throughout withdrawal will help ease the general malaise associated with withdrawal.

Lending a helping hand or listening ear is the best care you can give your loved one during their time of need.