Effects of Opiates on the Brain

As prescribed, opiates are indicated for the management of various levels of pain. However, some users additionally take opiate drugs for their other inhibitory or depressant effects—which can include a marked sedation and pleasant euphoria. 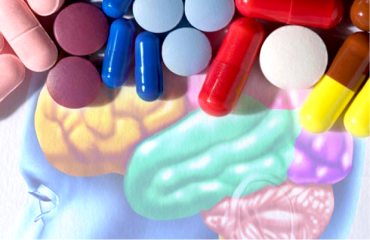 Effects of Benzodiazepines on the Brain

Benzodiazepines (e.g., Xanax, Valium, and Ativan) are sedatives that are often prescribed to treat anxiety disorder and panic disorder. Benzodiazepines exert their sedative effects by enhancing the activation of GABA receptors.

Benzodiazepines can adversely affect brain function and precipitate psychological problems in extreme cases. If the effects of your benzodiazepine use have been getting worse, you need help. Our experienced treatment support staff can connect you with a program that's right for you. Please call 1-888-993-3112Who Answers? and get help today.

What Happens When You Combine These Two Drugs?

Opiate abuse can lead to:

Similarly, abusing a sedative can result in:

As these two drugs can both be considered as depressants, combining them can slow bodily processes and brain activity potentially resulting in dangerously slow breathing, unconsciousness, or even death.

Combining these types of drugs may also cause the following:

Studies on a combination of diazepam (a benzodiazepine) and buprenorphine (an opiate) also indicate that they have a negative impact on reaction times and cognitive functions.

In the United States, it is likely that a patient who is prescribed benzodiazepines will also have, at some point, received a prescription for opiates.

In fact, treatment admissions due to the co-abuse of benzodiazepines and depressants such as opiates or alcohol increased by more than 500% from 2000 to 2010, according to SAMHSA. Mixing benzodiazepines and opiates can be extremely harmful; please call 1-888-993-3112Who Answers? and get treatment today.

Due to the combined risks of respiratory depression associated with the combination of opiates and sedatives, the rate of accidental death as a result has been found to be as high as 80% of all opiate-related mortality. 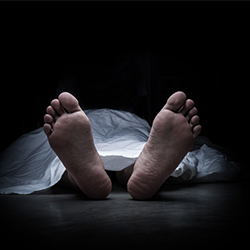 Furthermore, accidental opiate-related fatalities have increased four-fold from 1999 to 2009.

Why Do Some Users Combine Sedatives with Opiates?

Three reasons for combining the two drugs can be speculated:

Patients in long-term opiate treatment centers have even stated that curiosity, tension or anxiety relief, relaxation, and the desire to get high are among the reasons they started concurrent benzodiazepine use.

According to research, the concurrent use of opioids and benzodiazepines presents quite a challenge for clinicians who treat chronic pain patients. In most cases, this is due to the observation that people suffering from chronic pain who co-abuse these two drugs had more problems related to behavioral and pain-management issues. This group were also at higher risk of non-fatal and fatal overdose.

Medical therapies used in the treatment of opiate abuse are often administered in the form of opiate replacement therapy, in which the patient takes progressively decreasing doses of a drug similar to the opiate they had abused over time.

Mixing opiate painkillers and sedatives has deleterious effects across physical and psychological domains. Getting the right therapy at the right time can mean the difference between recovery and chronic discomfort. If you are suffering, help is available; please call 1-888-993-3112Who Answers? and we will help you find a program that suits your needs.

Drug replacement therapy and/or psychotherapy may be delivered in treatment centers that the patient can attend regularly while still living at home and continuing to meet work or school-related obligations. This is known as outpatient therapy, and may be best for some patients based on their individual preferences and/or co-existing conditions (e.g. anxiety).

The options as above may also be delivered in specialist clinics or facilities in which the patients are accommodated for the duration of their treatment (i.e. inpatient treatment). Again, the choice between inpatient and outpatient forms of treatment depend on factors such as:

Residential treatment centers are live-in heath care facilities that have a range of treatment options available to give you an immersive treatment experience. The main benefit of a residential facility is the removal of environmental triggers and stresses that precipitate relapse to active use and prevent complete recovery.

Specifically, they are more likely to have a diagnosis of alcohol or cocaine dependence.

Considering the complications of treatment and myriad underlying factors, those concurrently abusing both opiates and benzodiazepines generally have poorer treatment outcomes.

A treatment program specifically geared to addressing polydrug use would be beneficial in such instances.

Further, compared to abusing either opiates or benzodiazepines alone, polydrug users are more likely to be prescribed anti-depressants for depression or have a history of self-harm or suicidal ideation. Studies have indicated a high psychiatric comorbidity in cases of combination use, that include depression, anxiety, and emotional problems.

Social issues may develop as well as, these typically include: