Heroin is a synthetic opioid derived from the naturally occurring opioid morphine. 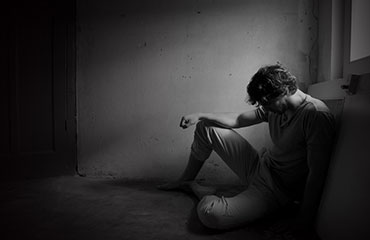 Tolerance to the effects of heroin occurs very quickly, such that a higher dose is required to achieve the same high. Due to the nature of this escalation, there is an increase in the risk of overdose and death.

Heroin and the brain

Heroin interacts with the 'pain perception' mechanisms of the human body. Heroin is an illicit opioid drug that is converted into morphine once it enters the brain, then binds to opioid receptors in the brain, brain stem, and the body. 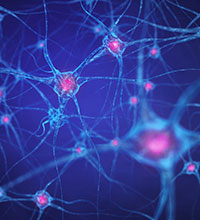 Morphine imitates the actions of endogenous opioids, which are produced naturally in the body, and causes analgesia (pain relief).
This opioid inhibits gamma-aminobutyric acid (GABA), a neurotransmitter that decreases dopamine presence in the brain.

If GABA levels are reduced, then dopamine is released and the user feels euphoria and pleasure.

Dopamine is a neurotransmitter commonly associated with the reward pathway in the brain and is responsible for the reinforcing properties of heroin use and subsequent addiction.

Long-term heroin use has profound negative effects on the brain and behavior.

An important point to note about the pain perception mechanisms of heroin is that it does not distinguish between physical and emotional pain.

Tolerance to the effects of heroin occurs very quickly, such that a higher dose is required to achieve the same high. Due to the nature of this escalation, there is an increase in the risk of overdose and death. If you are suffering from heroin addiction and have a concurrent mental health problem, do not wait. Please call 1-888-993-3112Who Answers? to connect with a comprehensive treatment program today.

Heroin is a highly addictive and life-threatening opioid drug that decreases pain, induces euphoria and warmth, and causes drowsiness.

Depression may be a pre-existing mental health disorder, related to psychosocial stressors associated with heroin addiction, or caused by heroin withdrawal.
Medical maintenance with either methadone or buprenorphine is common in treating those addicted to heroin.

PTSD may also be comorbid with heroin abuse. While one may not be causative of the other, their association may be due to a number of shared factors (including those of a psychological, genetic or environmental nature) that may increase the susceptibility to both conditions. 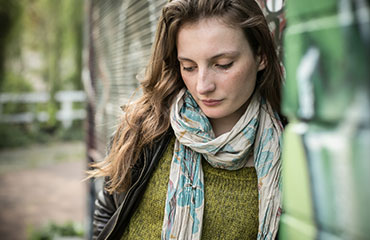 You Can Recover With integrated therapy, both the heroin abuse or addiction and mental health condition can be treated. Don't delay your recovery.

While no pharmacological treatment has been established specifically for the treatment of PTSD, there is some indication that a lack of adherence to heroin maintenance treatments, like methadone, are correlated with an increase in severity of PTSD symptoms.

The relationship between anxiety disorders and opiate dependence is complicated because:

Because of the complex nature of this comorbidity, some recommendations have been made to accurately diagnose and manage both opiate dependence and anxiety disorders. These include:

Epidemiological data indicate that having a substance use disorder increases the risk of being diagnosed with an anxiety disorder by almost 2.5 times. If you have been suffering from symptoms of anxiety in conjunction with substance abuse, do not feel ashamed or alone. Comprehensive treatment can help you recover from both; please call 1-888-993-3112Who Answers? to find a program that's right for you.

Heroin abuse by intravenous administration may lead to blood-borne disease such as the human immunodeficiency virus (HRV). This is due to the risks involved in sharing needles and/or irresponsible needle use habits that impair the sterility of syringes. In a four-year study of patients at a treatment facility for addiction, 61% had contracted HIV.

Other factors that contribute to this correlation are:

In summary, treatment recommendations with comorbid substance use and mental health disorders are based on the principle of dual diagnosis. Treatment plans include:

Call 1-888-993-3112Who Answers? to learn about inpatient recovery programs. Be sure to ask whether they are qualified to treat dually-diagnosed heroin and mental health conditions.

You can also use the Substance Abuse and Mental Health Services Administration (SAMHSA) treatment finding tool to look for inpatient and outpatient programs near you.

18. HIV and Substance Use in the United States. CDC. http://www.cdc.gov/hiv/risk/substanceuese.html Accessed 11/2015

23. What are the long-term effects of heroin use? (2014, November 1). Retrieved December 8, 2015, from http://www.drugabuse.gov/publications/research-reports/heroin/what-are-long-term-effects-heroin-use