Effects and Side Effects Of Hydrocodone Abuse

What are the Dangers of Hydrocodone?

According to the Centers for Disease Control and Prevention, nearly 2 million Americans abused prescription painkillers in 2013, and 44 people die from an overdose every day. 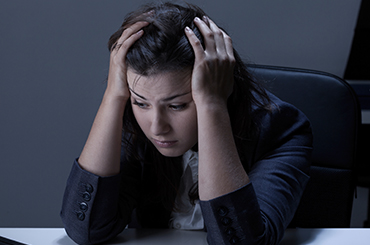 Immediate Effects and Adverse Effects of Hydrocodone Use

Opioids can also affect parts of the brain related to reward and to breathing. Hydrocodone is the most widely prescribed opioid, and while it may be prescribed by itself, it’s also commonly combined with another painkiller called acetaminophen.

Some examples of common hydrocodone and acetaminophen combination drugs include Norco, Vicodin and Lortab.

Hydrocodone is used to relieve pain and sometimes coughing, and when it’s used correctly, it can be a valuable medical tool. However, it can cause other side effects, too. 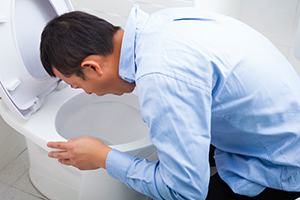 Because of its effect on reward centers in the brain, hydrocodone’s immediate effects often include a rush of euphoria, which can be accompanied by drowsiness.

Hydrocodone can also cause some cognitive effects, such as confusion, anxiety, or changes in mood.

Because hydrocodone affects parts of the brain that regulate breathing, it can also cause respiratory problems, such as tightness in the chest and slow or shallow breathing—especially if taken in quantities that exceed prescribed amounts.

These symptoms are classic signs of an overdose, along with:

Hydrocodone overdose is extremely dangerous and can lead to death by respiratory depression, which is when a person’s breathing becomes inadequate.

Over time, hydrocodone can lead to mental and physical dependence, especially if it’s used incorrectly. In fact, it’s classified as a Schedule II drug under the Controlled Substances Act, meaning it’s considered a substance with a high risk of abuse and dependence, and prescription refills are not permitted (a new prescription must be written each time).

Recently, the U.S. Drug Enforcement Administration reclassified hydrocodone combination products as Schedule II drugs, too, in the hopes of helping curb hydrocodone abuse.In addition to the risk of dependence, one major concern is the effect of hydrocodone use on pregnancy.

Individuals who use opioids for longer periods of time may be more likely to couple the drug with benzodiazepines, a class of drugs primarily used as sedatives. Combining drugs can increase the risk of overdose, which also becomes more likely the longer an individual has been using an opioid drug.

If hydrocodone abuse, including that of combining it with other drugs or alcohol, is negatively impacting your health and daily functioning, life threatening consequences could be on the horizon.

Call 1-888-993-3112Who Answers? to speak with a treatment support team member about your hydrocodone recovery options today.

Cravings are often associated with mental dependence. People who experience a hydrocodone craving may feel restless or experience an extreme urge to use the drug — and these feelings can sometimes come on even after an individual has entered treatment and recovery.

During treatment for dependence, individuals may receive medications that can help reduce cravings.

44 people die from a prescription painkiller overdose every day in the U.S.The Centers for Disease Control and PreventionMany people dealing with hydrocodone addiction already suffer from chronic pain—the reason they started taking the drug in the first place. In addition to the psychological difficulties of living with chronic pain, which is widely associated with depression, opioid addiction can increase the likelihood of developing a range of mood disorders, such as panic or depression.

Hydrocodone addiction can also lead some people to engage in uncharacteristic or illegal behavior, such as visiting more than one doctor and filling multiple pain prescriptions in different places. Over time, as tolerance starts to build, they may also take measures to boost their euphoric reaction to the drug by combining it with other substances.

Alcohol and benzodiazepines, such as Xanax, are sometimes used as a means to augment an opioid high—both particularly dangerous combinations.

Finally, the risk of overdose is a major concern for those addicted to hydrocodone, and for their families.

The fear of overdose can be a tremendous pressure on both the addicted individual and his or her loved ones.

If a hydrocodone prescription for pain has turned into something you feel unable to stop, or if you’re concerned that the hydrocodone use by you or a loved one has crossed into dangerous territory, help may be available.

Most research has focused broadly on opioid addiction, but many of these results will also apply specifically to hydrocodone dependence.

Research has shown that people with a prior history of alcohol or drug addiction are particularly vulnerable to opioid addiction.

Research has shown that people with a prior history of alcohol or drug addiction are particularly vulnerable to opioid addiction.

Certain mental health diagnoses may also be associated with an increased risk for drug misuse:

This may be problematic, because depression is common among people suffering from chronic moderate to severe pain, a condition hydrocodone is often used to treat.

On the other hand, dependence on opioids may also be responsible for bringing on a range of psychiatric problems.

Research has found that misuse of prescription opioids was associated with: