Effects and Side Effects Of Ketamine Abuse

What is Ketamine Used For?

Ketamine is a fast-acting anesthetic developed in 1963 originally for veterinary practice. In 1965, ketamine was determined to be a safe anesthetic for humans. Although it can be used on children and for minor surgeries, it has become more widely used in veterinary practice due to its dissociative hallucinogenic effects and potential for abuse.

Immediate Effects and Adverse Effects of Ketamine Use

Ketamine’s medical purpose is to induce anesthesia, and it works to inhibit pain in the brain. Ketamine may cause drowsiness for up to 24 hours and can create a pleasant dreamlike effect. At higher doses, ketamine can also cause:

Approximately 40 percent of users will experience these symptoms in addition to:

It is important to note that many of these effects can last for several hours after administration of the drug.

Long-term ketamine use can lead to urinary tract problems like irritation and urge incontinence, culminating in decreased bladder compliance and volume. Since there is no medical indication for chronic ketamine use, users experiencing these long-term effects are most likely using the drug recreationally and at higher doses than considered safe.

A user can become psychologically dependent on ketamine after prolonged use of it. An article published in the Journal of Psychoactive Drugs (2001) indicates dependence on ketamine is similar to dependence on cocaine, with craving and high tolerance but a lack of physiological withdrawal symptoms.

When a user no longer has access to ketamine, they may experience psychological withdrawal symptoms. Psychological symptoms can include irritability, difficulty sleeping, and intense depression.

Although there is limited information to indicate physical withdrawal symptoms from ketamine, some of the lingering effects of ketamine use, such as fatigue and restlessness, may be identified by users as withdrawal.

If ketamine use has landed you in the midst of a cycle of craving, withdrawal and frequent or compulsive use or is simply impacting your life negatively, you have recovery options available to you.

Speak with one of our treatment support team at 1-888-993-3112Who Answers?, 24 hours a day, to discuss your ketamine addiction or any substance abuse treatment options.

How Ketamine Addiction Changes your Life

Using ketamine may start as recreational or experimental use but once a user has become dependent on ketamine, it can have adverse impacts in the user’s life like other drug addictions can. 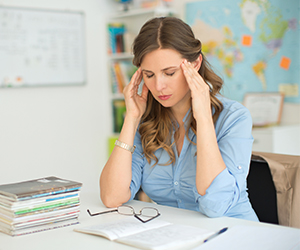 A preoccupation or craving for the drug can cause a user to lose focus in social and occupational settings. When used over a long period, ketamine can cause memory loss and can lead the user to forget important deadlines at work or commitments to friends and family members.

The long-term effects may cause a user to isolate from others, leading to the loss of relationships with loved ones.

Ketamine is not prescribed or legally used outside of a clinic or veterinarian’s office, which means it is usually diverted from these places and sold illegally.

Because the high from ketamine lasts only one to two hours, addiction to it can be costly and result in serious financial difficulties.

"Long-term use of ketamine can lead to an increase in depression..."

Another concern with long-term ketamine use is the impact it can have on someone’s mental health. As noted earlier, long-term use of ketamine can lead to an increase in depression.

The delusions and hallucinations produced by ketamine – like feeling disconnected or detached from one’s surroundings – are similar to symptoms of severe mental illness.

Someone previously diagnosed with a mental illness, such as depression or bipolar disorder, may be at an increased risk of becoming addicted to Ketamine, if it is used as a way to find relief from symptoms of these diagnoses.

What starts as seemingly harmless recreational ketamine use can quickly escalate to something with serious physical and mental health repercussions.

Many treatment programs exist that can specifically address your ketamine problem – call our confidential line at 1-888-993-3112Who Answers? to speak more about ketamine recovery programs right for you.

two: A review of problem use and dependence.  Journal of Psychoactive Drugs,

and the next generation of antidepressants with a rapid onset of action.