What is Marijuana Rehab Aftercare?

Aftercare is a treatment intervention that is utilized after rehab and is essential to achieving the ultimate goal of any treatment program for marijuana addiction—
remaining sober and preventing relapse. 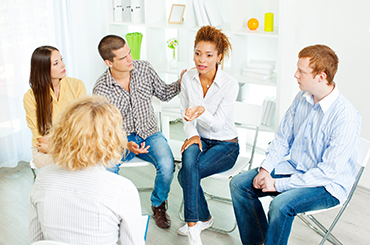 Rehab is often seen as an important initial step in treatment of marijuana addiction. It is helpful as it offers an opportunity to put an end problematic marijuana use.

Aftercare refers to a set of protracted interventions offered after the initial phase of treatment that aim to prevent relapse and encourage drug- free lifestyle.

Research has shown that aftercare for marijuana addiction in form of Cognitive Behavioral Therapy (CBT) (offered in conjunction with Motivation Enhancement Therapy) reduces:

Similarly, a treatment strategy known as contingency management (CM) has also been shown to significantly:

The Benefit of Marijuana Relapse Prevention

As with the other substance use disorders, marijuana dependency is commonly conceptualized as a ‘chronic-relapsing’ disorder. 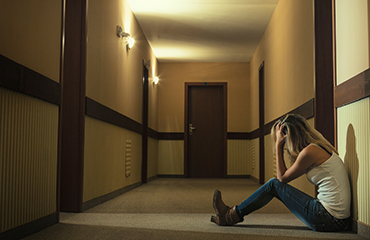 Some of the commonly reported contributors to relapse with marijuana use following abstinence are:

Marijuana Abuse is a Chronic Condition

Marijuana addiction develops over years with a host of biological, psychological and environmental factors contributing to its development.

A lot of parallels can be drawn between marijuana addiction treatment and other chronic medical conditions such as hypertension.

Further, marijuana addiction shares similarities with other chronic medical disorders because therapeutic adherence plays a key role in treatment outcome for both the conditions.

Further, recurrence of symptoms among those in treatment is not uncommon among those with chronic medical conditions as observed among 50% to 70% of adult patients with hypertension.

Continuing care for marijuana addiction refers to the extension of treatment beyond the initial phase. Counseling and support is continued throughout, with an aim to prevent relapse and encourage drug- free lifestyle.

CBT—administered to individuals as well as in group settings—has been found to be effective for marijuana addiction treatment.

A randomized controlled trial of CBT and Motivational Enhancement (MET) by The Marijuana Treatment Project Research Group found significantly greater long-term abstinence and greater reductions in frequency of marijuana use with a combination of CBT and MET offered over nine weekly sessions.

Copeland and colleagues also compared six sessions of CBT with delayed treatment control (DTC) and found greater rates of abstinence in the CBT group as compared to the DTC group.

Similarly, a randomized controlled trial of group CBT found a significant reduction in:

The 12-step model outlines a specific, self-help style of recovery program for addiction. It is a set of guiding principles that chart a course of action for addressing addiction.

The recovery is sought in physical, mental, emotional and spiritual domains as one works through the steps.

One admits to being powerless over drugs and/or alcohol.

Members are encouraged to share their process of recovery and associated problems with others in meetings.

One is also encouraged to identify a more experienced member of the group as a sponsor to guide through the recovery process.

Such programs have been found to complement the benefits of professional addiction treatment.

Use of marijuana, particular when excessive and/or prolonged, can lead to various adverse physical health consequences.

Therapeutic communities offer a long stay facility to recovering individuals who have quit drug use and look forward to a drug free life. The duration of exposure to the therapeutic milieu of the community is one of the most important predictors of the successful outcome.

Therapeutic community has been found to be beneficial for those having co-occurring, or dual diagnosis of a psychiatric disorder along with drug use as well as in prison settings.

CM is an intervention aimed at preventing or reducing drug use by making tangible rewards contingent on drug-free behavior. It has been found to be an effective add-on behavioral intervention for prevention of relapse to marijuana use.

If you or someone you love has been trying to quit marijuana and needs help, our treatment support team can provide more information – call us at 1-888-993-3112Who Answers?.

Living with a marijuana user and dealing with the process of recovery can be challenging for the family as well as friends. To be sure, the adverse consequences associated with addiction extend way beyond the user and impact significant others in drug user’s life.

There are self-help support groups for the family members and friends of drug users. You can also be of great help in the process of recovery of your loved one.

Family and friends need to be aware of their own psychological and emotional needs and discuss their feelings with others. To know more about how you can be of help in recovery process of your loved one call us at 1-888-993-3112Who Answers? to speak with one of our treatment support team members.