Can I Overdose On Marijuana?

Technically speaking--when analyzing the risk of real physiologic danger that a drugged state can place one in--there is no such thing as a marijuana overdose.

Nonetheless, it is possible to consume too much marijuana and face unfavorable consequences. Marijuana use, no doubt can also cause a large burden to public health. Therefore, its use and abuse should not be taken lightly. 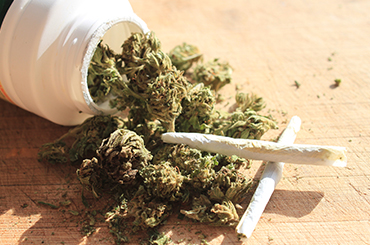 Marijuana is the most frequently used illicit drug in the US, with use especially common among young people.

Numbers like this suggest that day-to-day marijuana abuse is highly prevalent.

If you suspect that someone you know is smoking too much marijuana, such that it is negatively affecting their day-to-day functioning, call us at 1-888-993-3112Who Answers?.

How Does THC Work?

Delta-9-tetrahydro-cannabinol (THC) is the main psychoactive ingredient in marijuana and is responsible for the majority of the effects of using marijuana.

THC is a highly lipid soluble, which means that it can cross the blood-brain barrier and reside in certain body tissues for extended periods of time.

When THC binds to the receptor, the receptor becomes activated and through second messenger actions--carried out by a molecular interaction separate from the initial THC/cannabinoid receptor binding--initiates a cascade of events that ultimately results in impaired cognition and altered mood.

As marijuana use and abuse become increasingly prevalent, interest in any potentially serious physiologic effects of marijuana also grows.

When looking at heavy marijuana use, there have been reported adverse effects on cardiovascular health in some individuals, including the development of new onset arrhythmia and even heart attacks.

Additionally, heavy and/or long-term marijuana use can have negative effects on certain neurologic functions, and these consequences have been reportedly quite long term, if not irreversible.

Cognitively, marijuana may diminish the user's ability to:

On a molecular level, marijuana affects the formation of new connections between neurons, which is essential to the cognitive tasks mentioned above.

Marijuana use at a young age may also be correlated with episodes of psychosis later in life, and there has been historical mention in the literature of a possible 'cannabis psychosis' that can accompany years of heavy use.

The respiratory system may also be affected by marijuana abuse. Similar to tobacco smoke, marijuana smoke is a lung irritant and causes symptoms such as:

Marijuana abuse is especially prevalent among people with a comorbid psychiatric illness (bipolar disorder, depression, or anxiety) or another substance abuse disorder. 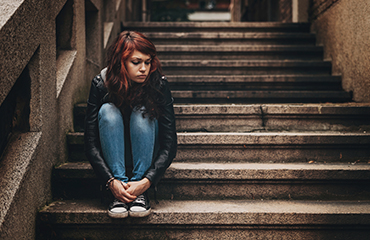 Get Help Today Find a treatment center to help you with your Marijuana addiction.

If you need help finding treatment that addresses psychological problems that may have precipitated a pattern of marijuana abuse, please call us at 1-888-993-3112Who Answers? to speak with one of our treatment support advisors today.

Dual diagnosis treatment can be very beneficial to those suffering from concurrent mental health and substance abuse conditions.

Can I Become Addicted to Marijuana?

The short answer is yes, you most certainly can become addicted to marijuana.

Until recently, it was believed by many healthcare professionals that marijuana abuse was not accompanied by any appreciable level of dependency or potential for 'addiction.' However, evidence supporting tolerance and withdrawal symptoms, along with other social symptoms related to addiction, has led to the idea that marijuana is addictive.

Initiating marijuana use during adolescence may put the young user at increased risk for developing a dependency to the drug.

The brain is still developing and is considered "plastic" at this point in development (meaning external stimuli can change aspects of pattern and connection development, which last throughout adulthood), making marijuana use especially dangerous in adolescents.

Some states in the US either have legalized recreational marijuana or are in the process of creating legislation for this purpose.

Other states have begun to decriminalize marijuana use as long as the amount is for personal use, not distribution. Some states have legalized medicinal marijuana use though there are no FDA-approved indications for marijuana as a treatment for medical problems.

There are many opponents of the legalization of marijuana, arguing that marijuana is not a safe substance to consume due to the lasting adverse effects of the drug.

However, proponents of legalization argue that marijuana is no worse for the user than alcohol or tobacco, both of which are legal in the US.

The Gateway Drug Theory implicates marijuana (as well as alcohol and tobacco) as the stepping-stone to trying "harder" drugs, such as:

This idea stems from studies that have been conducted retrospectively on heroin or cocaine addicts who often report beginning their drug-using career with marijuana.

Research on the subject is basically split down the middle--some studies support the gateway theory, while others refute it.

Another explanation for the trends that support the gateway theory is that adolescents are the main group that uses marijuana, and as they get older, they become more adventurous and try different drugs (whether or not they used marijuana in adolescence).

It is also very challenging to prove that marijuana use could lead to cocaine, heroin or any other illicit drug use; research can only indicate that the two are correlated.