Marijuana has been the most widely used illicit substance for 30 consecutive years in the United States.

It has the potential to elicit tolerance in frequent users as well as withdrawal (upon abstinence). 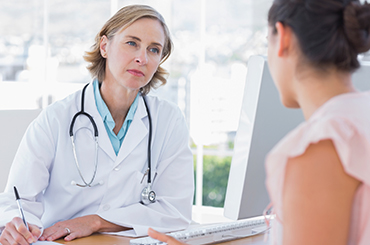 Can Marijuana Abuse and Addiction Be Treated? 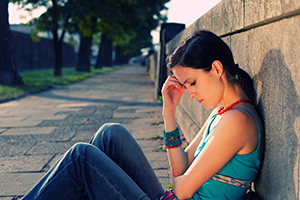 Clinical effects of marijuana abuse can cause significant psychological and behavioral impairments. Some affected areas may include:

Additionally, there is some evidence to indicate that marijuana abuse can cause an exacerbation of psychotic conditions such as schizophrenia, as well as mood disorders like depression. Additionally, some research also indicates that smoked marijuana may have carcinogenic properties.

Although there are no FDA-approved treatments that specifically target marijuana addiction, this type of substance dependency is highly treatable - with favorable treatment outcomes resulting from any of the following therapeutic approaches:

Cognitive behavioral treatment (CBT) has been associated with significant and sustained reductions in the use of marijuana. As a behavioral intervention for marijuana addiction, it helps the individual to:

When combined with a "token economy" treatment approach such as contingency management (CM), CBT works particularly well. CM and CBT have also demonstrated marked improvements in treatment outcomes in young marijuana users on the wrong side of the judicial system, who've enrolled in some form of court mandated treatment.

Family therapy should be included in the treatment of those individuals whose progressive abuse of marijuana was initiated or worsened by their environment.

Multidimensional family therapy integrates family coaching, environment, school, juvenile justice, and social services and has demonstrated greater effectiveness than CBT alone. Marijuana addiction in adolescence has been associated with poor academic performance, increased incidence of school expulsion or drop outs, teen pregnancy, and sexually transmitted diseases. The strength of the multidimensional family approach is in bringing together different resources in treatment to help address many of these issues.

Elderly persons may find themselves burdened with a troublesome drug dependency as they turn to marijuana for pain-related issues - perhaps unsurprising, given the notoriety that marijuana receives as a near-panacea. In this population, persistent pain is common, with pain intensity ratings increasing with age. Despite reported under-treatment, however, this population responds remarkably well to addiction treatment.

Do I Need Addiction Treatment for Marijuana?

Treatment is intended to target withdrawal and prevent relapse.

Given the high incidence of major depression and other co-occurring disorders, treatment can also be directed at underlying issues which may have precipitated use of marijuana, and vice versa. 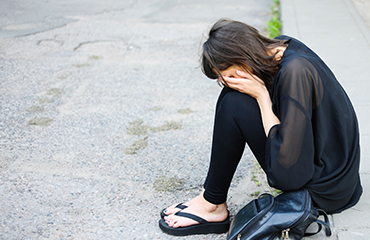 Find a Treatment Center If you see the signs of addiction in yourself, know that recovery is possible. Find a treatment center today.

Withdrawal from marijuana has a consistent pattern in regular users. It includes:

Other Signs of Addiction

Despite reports that marijuana use is "safe," it has all of the properties of a drug that is reinforcing in its effects. Newer forms of cannabis have higher levels of the psychoactive chemical delta-9-tetrahydrocannabinol (THC), making marijuana increasingly potent in its effects. (This is not to be confused with synthetic cannabinoids, such as K-2/Spice.)

Types of Treatment for Marijuana Addiction

This option can be especially advantageous for adolescents with chronic dependence on marijuana. Tenacious substance addictions tend to develop more rapidly, and respond differently to treatment in adolescents. This age group generally tends to have strong enabling systems and behavioral differences (when compared to an adult population) that may predispose adolescents to some degree of treatment resistance. Additionally, they often use more than one drug - compounding the issue.

Residential treatment is highly structured, and can address issues that are not easily solved at home. Being in a facility with individuals of similar age who can serve as role models of recovery is very advantageous.

The family can be integrated into this process, so that they can learn problem-solving skills that decrease conflict and improve communication. Proper techniques to monitor behavior and set limits are also addressed in family therapy. Subsequent improvements extend to school and family.

For elderly patients--whose symptoms of addiction are often mistaken for cognitive decline or other age-related issue--residential treatment has the added advantage of overcoming some of these barriers (including hearing problems and mobility issues).

Executive residential treatment is available for the CEO or the celebrity for whom marijuana use has become an addictive illness. It serves to minimize the impact of their treatment on their professional lives, by offering an environment conducive to business-related work.

Given the progressive nature and deteriorating effects of marijuana and/or other drug use, such individuals will need the best treatment options to ensure that their professional lives and reputations are not destroyed by addiction.

Marijuana addiction has a pattern of tolerance and withdrawal much like other addictive drugs.

If you are struggling to control the use of marijuana, or are afraid of how sick you will become if you quit, this is the time to consider treatment. Call the 24-hour hotline and talk to a treatment support specialist about treatment options at 1-888-993-3112Who Answers? today.

Dual Diagnosis Treatment: What to Expect 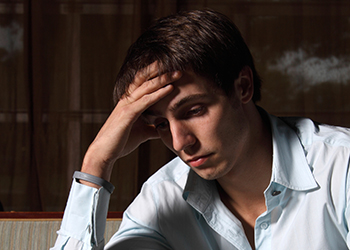 Cause and effect are sometimes difficult to pin down, but marijuana addiction frequently co-exists with a diagnosis of major depressive disorder - sometimes the the depression precedes the substance dependency, and sometimes the reverse order occurs.

Whatever the case, many in need of substance-related treatment also have a co-occurring mental disorder, with generalized anxiety disorder, depression, and bipolar disorder being the most common.

Dual diagnosis is a treatment delivery system that screens, assesses, and provides a treatment plan that treats both illnesses concurrently.

Marijuana-addicted adolescents, who are suffering trauma-related illness, will be screened and treated effectively in a rehab where the staff is skilled in diagnosis and treatment of co-occurring disorders.

Medication for depression, bipolar disorder, or anxiety can be prescribed and monitored alongside addiction treatment. Similarly, ongoing mental health counseling will simultaneously address both the substance use and psychiatric needs of the individual.

How to Choose the Best Treatment

You can consider the following criteria before choosing a marijuana addiction treatment:

If you need more information and help with getting treatment for you or a loved one, please call 1-888-993-3112Who Answers?. This is a good time to call.