Heavy patterns of marijuana use can lead to the development of marijuana dependence, resulting in withdrawal if use is stopped. 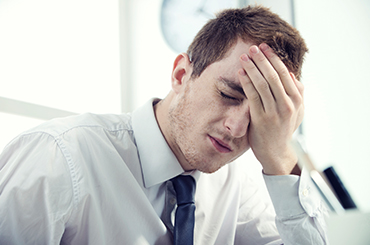 Like the consequences seen with most drugs of abuse, heavy patterns of marijuana use can lead to the development of marijuana dependence—a much debated but very real condition.

There are misconceptions that marijuana is safe, not addictive, and does not pose significant health risks.

However, a dependent user may experience great difficulty when trying to cut down or quit using due to the symptoms of marijuana withdrawal.

Greater quantities of marijuana use can result in more severe withdrawal symptoms.Marijuana withdrawal is characterized by a variety of symptoms, mostly psychological and some physiological, that appear upon stopping marijuana use.

Withdrawal is a major indicator of marijuana dependence and is associated with patterns of heavy and prolonged use. Research suggests that those who experience withdrawal symptoms use marijuana frequently, usually on a daily basis and at high doses.

Generally, greater quantities and frequency of use may predict more severe symptoms.

The main reason for withdrawal after stopping marijuana use is that the brain is deprived of the primary ingredient responsible for the "high"associated with marijuana.

This ingredient is called delta-9-tetrahydrocannabinol (THC), the primary psychoactive compound in marijuana and leads to most of its psychological effects.

The user's psychiatric disorders and level of social support available can influence the severity of withdrawal symptoms.Large doses of marijuana over a prolonged period over stimulate the cannabinoid receptors, which are sites located on the surface of brain cells which THC interacts with to produce an effect.

The overstimulation creates a state of dependence, after which marijuana is needed regularly for normal functioning.

If an individual who is dependent on marijuana suddenly stops using, the body cannot process this change without first experiencing disturbances in mood, sleep, and appetite, all of which are affected by marijuana use.

The individual essentially experiences the effects of marijuana in reverse.

In addition to the user’s pattern of marijuana use, other factors that influence the severity of withdrawal symptoms include:

Access to safe and supportive environments may help with the management of symptoms, such as:

Symptoms that may present during marijuana withdrawal include:

Symptoms are known to appear within 24 hours after the last use of marijuana and can persist for several weeks depending on the degree of dependence.

Research indicates a consistent time course of withdrawal, with symptoms usually peaking within the first week and decreasing in intensity over the following weeks up to a month.

The physical symptoms are known to subside first within the initial days or weeks. However, the psychological symptoms can continue for a longer period.

The occurrence of any one symptom may not appear as particularly troublesome, however in combination they can cause significant distress for an individual who has stopped using marijuana.

Regardless of the lower potential for serious harm that is seen with other drugs, marijuana withdrawal symptoms can be severe enough to disrupt the ability to perform daily activities and feel so unbearable that it becomes difficult to keep from using, and can lead to a relapse.

Those who experience more severe symptoms are at greater risk of relapse and treatment dropout.

Factors that predict the severity of withdrawal symptoms include:

Individuals with psychiatric disorders may have a greater sensitivity to the symptoms of marijuana withdrawal and may also experience worsened symptoms of their co-occurring disorder.

Since reintroducing marijuana alleviates withdrawal symptoms, those who experience more severe symptoms are at greater risk of relapse and treatment dropout.

If you believe that you are at risk of experiencing severe withdrawal symptoms and are having trouble stopping marijuana use, please call 1-888-993-3112Who Answers? for additional information on marijuana withdrawal and treatments that are available to help you successfully overcome withdrawal.

Psychological and social support for those who need help in changing or stopping marijuana use can be found in:

Treatment of marijuana withdrawal primarily involves behavioral therapies to manage symptoms and prevent further use and provides a safe environment to cope with symptoms in detox or inpatient settings when safety and support are otherwise not available elsewhere.

There are currently no approved or regulated medications specifically for the treatment of marijuana withdrawal, but research on this topic exists and is ongoing.

Certain medications, like sedatives, may be used to manage individual symptoms of withdrawal such as insomnia, anxiety, and nervousness.

These medications should only be used under medical supervision and as prescribed by a physician.

Overall, medication for marijuana withdrawal is much less common than psychological and social support, and prescriptions are case-by-case depending on symptoms and recommendation by a physician.

Marijuana withdrawal symptoms can be very unpleasant and discouraging for those trying to cut down or quit, however managing symptoms does not have to be done alone. Call 1-888-993-3112Who Answers? for information about treatment options that are right for you.

The level of treatment needed for marijuana withdrawal depends on:

Due to the relatively low risk of serious harm associated with marijuana withdrawal, inpatient or detox treatment is generally not recommended unless there are conditions present that require more intensive care and monitoring than is available in outpatient treatment.

Concerns about the safety of the individual experiencing withdrawal may indicate a need for inpatient treatment, especially if symptoms of co-occurring disorders worsen or become unstable during the withdrawal period.

Withdrawal can be a stressful experience, therefore, try to limit additional stressors for the individual and try to maintain a safe and positive environment that will support his or her efforts to abstain from marijuana use.

If you would like to learn more about marijuana withdrawal and how to start receiving help, please call us any time, 24 hours a day, at 1-888-993-3112Who Answers?.
marijuana Related Pages
Show More ▾
Featured Disorders & Issues