Effects and Side Effects of Meth Abuse

It is a powerful, highly concentrated drug that works by stimulating the release of large amounts of dopamine, a neurotransmitter responsible for feelings of euphoria, wellbeing and energy. 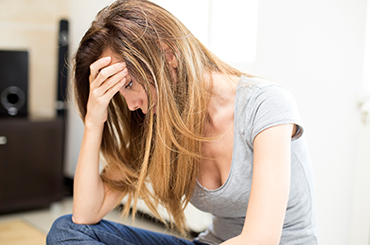 Meth is manufactured in labs using common cold medications containing pseudoephedrine and ephedrine. It may also include various toxic chemicals such as fertilizer, anhydrous ammonia or drain cleaner.

Meth users frequently pay a very high price that may include:

Intravenous, or IV use of meth is associated with incidence of sexually transmitted diseases, including hepatitis, HIV and AIDS.

Immediate Effects and Adverse Effects of Meth Use

Smoking or injecting meth kicks off an immediate, highly pleasurable rush. Snorting the drug results in feelings of euphoria within 3 to 5 minutes, but oral use of meth takes effect in 15 to 20 minutes. Although the rush doesn't last more than 5 to 30 minutes,

other effects, including a sense of confidence and wellbeing and an increased sex drive, can last up to 12 hours. Meth users may also experience less pleasant effects such as stomach cramps, constipation, eye twitching, dilated pupils and severe mood swings. 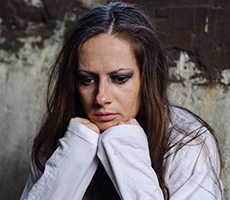 Because meth is so powerful, use of the drug triggers chemical changes, and as a result, the brain needs more of the drug to feel normal. The result is a powerful and uncontrollable craving. Even thinking about the pleasant feelings and emotions associated with meth use can release dopamine and trigger powerful cravings.

Many people experience cravings for months after the drug is stopped.

Dependence can be physical and psychological, and the only thing that relieves the unpleasant feelings is more meth.

The American Psychiatric Association defines dependence as "a pattern of substance abuse that leads to significant impairment or distress." Dependence can be physical and psychological, and the only thing that relieves the unpleasant feelings is more meth.

The time that it takes to develop dependency to meth varies, although frequent meth users and IV users become dependent much sooner. Most users display symptoms of dependence with 4 to 6 weeks, and some say they developed a powerful dependence after a single use.

According to DSM-IV Substance Dependence Criteria, tolerance is defined by a need for more of the drug to achieve the desired effect, or a markedly diminished effect that results from continued use of the same amount.

The National Institute for Drug Abuse (NIDA) reports that some chronic meth users may lose the capacity to feel pleasure without the benefit of meth, which leads to increased use of the drug and higher tolerance.

As tolerance increases and the body requires more meth, users experience severe withdrawal when they stop taking the drug. The earliest symptoms typically include powerful cravings and feelings of hopelessness, apathy, depression and suicidal thoughts.

Concerned that you might be experiencing the signs of a methamphetamine dependency? Or that someone close to you is? Speak to a treatment support team member about meth addiction rehabilitation options today at 1-888-993-3112Who Answers?. 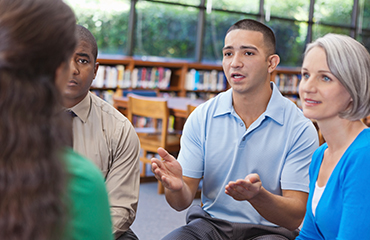 Find a Meeting Narcotics Anonymous is a 12-step support program for those struggling with meth addiction. Find a local meeting for you or your loved one.

Meth addiction is associated with myriad legal issues for the user. The problems stem from not only obtaining and using the drug, but result from the paranoia, violence and rage that often stem from meth use.

Meth users may end up in trouble for theft, sales and distribution, assault and battery, resisting arrest, manufacture of meth and allowing a child to be present where meth is made. Most are considered felonies punishable by jail time and/or steep fines.

Legal problems are only one cause of life-changing financial problems for meth users. Although meth is a relatively inexpensive, frequent use of the drug causes users to spend a great deal of money to sustain the habit. Many will eventually lose their jobs and if arrested, and convicted of a crime, they are unlikely to find gainful employment.

Family members and partners are often exhausted by a loved one's meth use, and this puts strain on familial and social ties. Children are adversely and irreparably affected from a parent's meth use. Friendships are broken when meth users ignore old friends in favor of new, meth-using connections.

Meth use by pregnant women is a widespread problem that results in hypertension, pre-eclampsia, gestational diabetes, fetal death and infant death.

Research indicates that meth users have a higher incidence of brain damage and a decrease in brain function. The brain damage associated with meth use has also been linked to schizophrenia. Studies also suggest that a fairly high percentage of meth users meet the criteria for psychotic, mood and anxiety disorders.