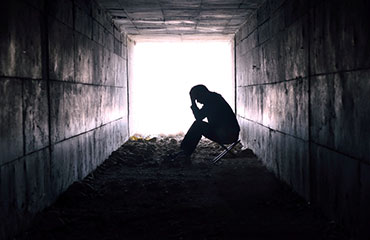 The symptoms of meth addiction can exacerbate the symptoms of co-occurring mental health conditions—including anxiety and depression.

It is important to understand how meth impacts a person’s mental health and to know the type of treatment options that are available to fully address these issues.

Successful treatment must address these issues concurrently. If you are suffering from mental health issues due to your meth use or addiction, or vice versa, it's time to get help. Please call 1-888-993-3112Who Answers? to find a comprehensive program that suits your needs. Be sure to ask about dual-diagnosis treatment.

Meth and the Brain

The biochemical actions of meth in the brain serve to increase the activity of dopamine—a neurotransmitter that is instrumental in an individual’s motivation, pleasure and various motor functions. The increase in dopamine helps to impart feelings of reward or pleasure, which can be incredibly reinforcing. The pleasurable effects and euphoric sensations of a drug high can strongly motivate persistent drug use behavior in order to repeat the experience.

Long-term meth use may lead to impairments in memory, learning, psychomotor abilities and informational processing. 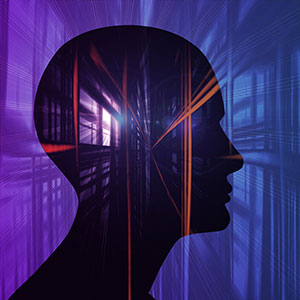 Some research shows that cognitive deficits and anhedonia (reduced ability to perceive pleasure) can last for months following discontinuation of meth use.

Addiction and mental health disorders frequently co-occur across a range of age groups, including a younger demographic; b
etween 2001 and 2004, 9.9 percent of adolescents ages 13 to 18 had co-occurring mental health and illicit drug use disorders.

Some of the features of depression – such as isolation and lack of motivation – make participation in some recovery and treatment activities nearly impossible if left untreated.

Attempts to treat the depression without treating the meth use or vice versa are often unsuccessful. You may experience temporary relief from both disorders but a relapse in one frequently results in the relapse of the other disorder. If you have meth addiction and a co-occurring mental health issue, you need comprehensive treatment. Call  1-888-993-3112Who Answers? to assess inpatient treatment options.

If you’d like to know whether your insurance may cover the full or partial cost of substance abuse rehabilitation programs at one of American Addiction Centers’ various rehab centers across the states, simply fill in your information in the form below.
[vob]

Schizophrenia is perhaps one of the most recognizable mental health disorders with psychosis as a defining feature. Meth-induced psychosis can easily be misdiagnosed as schizophrenia, as the outward signs of both can be very difficult to distinguish.

Meth-induced psychosis can be characterized by both negative and positive syndromes.

Meth and Anxiety or Anxiety Disorders 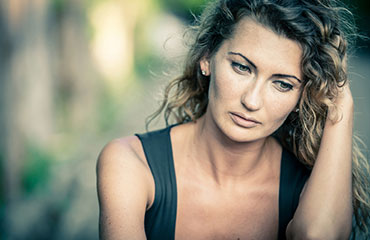 Don’t wait Meth dependence with a mental health condition requires treatment. You can get better.

Anxiety is another common symptom among meth users; it occurs during both active use and withdrawal. According to a 2010 study in the American Journal of Addiction:

Meth users with a dually-diagnosed anxiety disorder had significantly greater odds of being hospitalized than meth users without an anxiety disorder. Further, the odds of having attempted suicide once or more during their lifetime was three times higher in those with a dual diagnosis of meth dependence and anxiety compared to those with meth dependence alone.

This is because there is an increased likelihood you will abuse or become secondarily addicted to benzodiazepines. Non-benzodiazepine and non-addictive medications are safer alternatives.

Some treated individuals may progress from therapeutic use of these prescription drugs to abuse of them, thereby providing an incentive to one day switch to use of an illegal drug with similar effects.

In addition to treating depression and reducing cravings, the antidepressant Wellbutrin has been shown to be effective at treating symptoms of ADHD.

9. Rawson, R.A. (2013). Current research on the epidemiology, medical and psychiatric effects, and treatment of methamphetamine use. Journal of Food and Drug Analysis, 21(4), 77-81.