Spice is a synthetic cannabinoid that can produce a wide variety of effects, including mild euphoria and hallucinations. Despite the dangers, many forms are still legal in the United States and continue to be sold in smoke shops, gas stations and on the Internet. 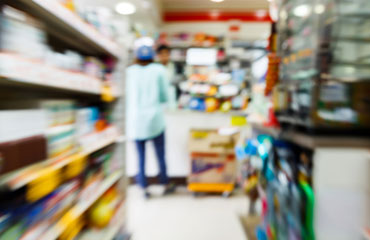 In 2011, the Drug Enforcement Agency (DEA) placed five synthetic cannabinoids on the Schedule I class of the Controlled Substances Act (CSA). Unfortunately, manufacturers are able to change a single molecule in the chemical makeup of Spice to produce a similar product that has not been placed on the DEA’s Schedule I list. In doing so, those producing these drugs are able to keep a slightly modified, yet similarly risky substance available for purchase on a legal market.

Many reported side effects from Spice are transient and, for the most part, mild. These include:

Because the effects of Spice can differ from person to person in intensity and severity, it may be difficult to determine if someone is experiencing overdose or just a strong reaction to the drug. The more serious side effects of Spice overdose include:

Understanding the Causes of Spice Overdose

You Are Not Alone
Browse a range of treatment options for Spice addiction, including rehab center amenities, specializations, and alumni reviews.

When to get Help/What to do in an Emergency

With known dangerous health effects resulting from Spice use, it is important to acknowledge the very real possibility of overdose. The most important thing to do if you suspect that someone may be experiencing Spice overdose is to call 911 and get them professional medical assistance as soon as possible.

There have been unfortunate cases of sudden heart attacks in Spice users three to seven days after using. Spice has also been associated with several deaths from other causes, including death by suicide. It is vital that Spice abuse and overdose be treated properly in order to avoid these potentially fatal consequences.

The safest way to avoid an overdose is to not use Spice at all. There are other behaviors that may also increase a person’s risk of Spice overdose, including:

If you are a heavy user, withdrawal symptoms may be more severe and prolonged. Spice affects the cannabinoid 1 and 2 receptors (CB1R, CB2R) throughout the body, which are the same receptors that marijuana acts on.

CB1Rs are found in the brain, and are involved in neural processes implicated in:

For each effect that Spice has, there is typically a counter-effect or reaction when Spice use is discontinued, leading to uncomfortable withdrawal symptoms. For example, Spice use can lead to relaxation, so discontinuing Spice use can leave the central nervous system in a state of rebound agitation. The intensity of Spice withdrawal is related to the magnitude of impact that it has had, over time, on the body and brain.

Symptoms of Spice withdrawal closely resemble those of cannabis withdrawal. Research into cannabinoid pharmacology has elucidated a few symptoms commonly experienced at the outset of Spice recovery:

The most uncomfortable withdrawal symptoms – such as sweating, nausea and vomiting – will typically resolve within a week.  Some longer-lasting residual symptoms have been noted, however, and can include:

In some instances, an individual withdrawing from Spice can present with life-threatening complications. Seizures and breathing problems are such severe symptoms of Spice withdrawal, and in rare cases the patient may even require mechanical breathing assistance.

Detox from Spice is a process in which the body rids itself of toxic chemicals. Symptoms of withdrawal from Spice can be quite unpleasant— and even dangerous—making it difficult to safely detox at home if one's dependence has been high.
It may be important for those abusing Spice and/or other synthetic cannabinoids to seek professionally-monitored medical detox.
Detox is an important part of long-term recovery and is generally the first step to take when getting sober. In addition to the discomfort of physical withdrawal symptoms, psychological symptoms – including strong cravings – can further complicate the withdrawal process by disrupting your emotional stability and increasing your risk of relapse. Therefore, it is important to seek psychological support as well.

Those who seek recovery from addiction can find hope in the many others who have successfully done so.  In 2012, for example, approximately 10%, or 23.5 million adults, in the US reported that they were in recovery from an alcohol or drug problem. Please call 1-888-993-3112Who Answers? to learn about recovery centers today.

Is Detox from Spice Dangerous?

Spice is a short-acting drug and seizures have been known to occur up to a few hours after using the substance. Supervised detoxification, as a part of a medically assisted treatment approach, can help to keep individuals going through withdrawal as safe and comfortable as possible.

Beyond the risk of seizures, other synthetic cannabinoid withdrawal symptoms often resemble the more severe aspects of marijuana withdrawal, including anxiety, depressed mood, or changes in sleep or eating.

The Drug Enforcement Agency (DEA) also reports serious physical side effects that include:

These and the aforementioned side effects can make detox from Spice an extremely unpleasant and potentially dangerous process without medical supervision.

What to Expect During Spice Detoxification

Spice Signs and Treatment are Complicated

Spice and other synthetic cannabinoids are only recently gaining attention as drugs of abuse. Many toxicology tests aren’t yet sophisticated enough to detect these substances, so they often pass undetected in urine drug screens. In addition, clinical signs of Spice use may be unspecific, making proper treatment protocol for this relatively new type of drug difficult to narrow down. 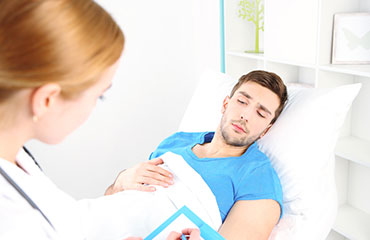 There is limited data on Spice abuse recovery, but there has been promising research into the treatment of the most commonly experienced detox symptoms and the corresponding pharmacological treatments. Treatment options include:

Other medications – including the antihistamine/sedative Vistaril and tricyclic antidepressant trazodone – can be used throughout treatment to help with post-acute withdrawal symptoms.

Naltrexone – an addiction pharmacotherapeutic agent utilized primarily for alcohol and opioid treatment – has shown promising results in reducing the withdrawal symptoms of anxiety and depression in recovering Spice users.

Medication may be helpful, but it is only one part of treatment for Spice abuse. Long-term recovery success rates increase when medications are combined with:

If you are considering a rehabilitation facility for your spice addiction, call 1-888-993-3112Who Answers?. Be sure to ask if they treat any co-occurring mental/physical health problems you may have, and ask if they offer any of the evidenced-based approaches noted above, like CBT, motivational interviewing, and relapse prevention skills training.

Here is what you need to know about choosing a program that is right for you.

Partial Hospitalization programs  (PHP) may be appropriate for someone who needs more structure than an Intensive Outpatient program (IOP) but less structure than inpatient treatment. It offers the opportunity to attend therapeutically intensive programs throughout the week, along with structured activities that are similar to inpatient and residential treatment. 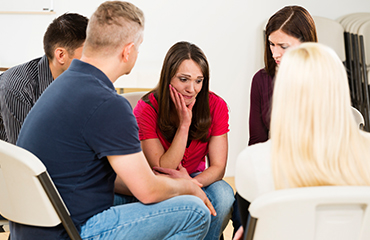 Find the Right Program.
Browse a wide range of treatment centers, including their amenities, specializations, and alumni reviews.

When trying to choose the best Spice detox center for yourself or your loved one, the following factors should be considered:

Make sure to ask these questions to the rehab center you are considering.

How to Care for Someone Going Through Withdrawal 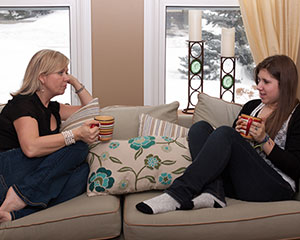 Supportive care should be provided to someone experiencing Spice withdrawal. Outside of a hospital or inpatient setting, maintaining support of the patient’s recovery and helping them stick to their treatment plan is the most helpful thing a friend or family member can provide.

This may include administering outpatient medications, keeping the environment quiet and stress-free, and regulating temperature. Emotional support is also a vital factor in providing a positive environment for recovery.