Effects and Side-Effects of Spice Abuse

Spice
is a synthetic cannabinoid, which affects the same neurotransmitters as marijuana (the CB1 receptor).

K2/Spice is much more potent than ?9-THC (the psychoactive ingredient in marijuana), and therefore, much more toxic in its effects. 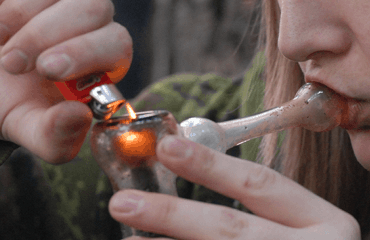 What Are the Effects of Spice?

Onset of effects can occur within minutes of smoking K2 or Spice, with the duration varying greatly depending on the specific constituents and cannabinoids present in the product.

Immediate effects can include the following:

There have been numerous reports of negative effects of K2/Spice lasting longer than the period of intoxication--particularly related to poor coordination--that can complicate tasks such as driving and operating machinery. If you are suffering from an addiction to Spice, please call 1-888-993-3112Who Answers? to find a treatment program that's right for you.

The reports of the harmful effects of K2 and Spice also highlight the potential for persistent mental health changes:

The newer formulations of K2 and spice have greater neurological affinity than THC - they bind better to the CB1 receptor - and this may result in an increased vulnerability for developing mental disorders such as major depressive illness. Further, long-term dangers are compounded by the absence of cannabidiol (CBD) in K2 and Spice.
According to research in both animal and human studies, CBD has anxiety-relieving effects, primarily due to its actions on the limbic and paralimbic brain regions. It is speculated that these positive effects may offset the negative effects of marijuana; a phenomenon that is not shared by Spice or K2.

The clear development of a Spice dependency has not been adequately uncovered in research, but a few symptoms have been mentioned in case presentations. These include:

Case reports suggest that chronic use leads to the development of tolerance, subsequently increasing drug use and concomitant heightened risk of experiencing negative mental and medical health effects.

Compared to other drugs of abuse, a withdrawal syndrome in K2 and Spice users with accurate symptomatology and development is not well characterized. Most of our knowledge comes from case-reports.

The withdrawal syndrome is characterized by anxiety and tachycardia, and the withdrawal intensity is more severe than regular marijuana because of the potency of Spice.

Dependence and chronic use are marked by craving, which is an overwhelming desire to use the drug; it is precipitated by the physiological and psychological effects of the drug. If you are struggling under the weight of Spice addiction, you need to seek treatment in order to get better.

How "K2" Addiction Changes Your Life 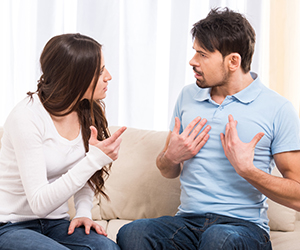 A frequent reason why addiction gets attention is its impact on society; drug abuse certainly harms at an individual level, but also has the potential to impact the lives of others.

An individual addicted to synthetic cannabinoids may undergo major changes in their perception of both themselves and those around them:

Other substance-induced distortions can precipitate violence towards family, friends, and community.

A growing intolerance on the part of the larger community increases the likelihood that the individual will be seen as deviant, and therefore, stigmatized.

The harmful effects of becoming dependent are similar across drug types.

It can increase your risk of developing , and committing violent acts towards your friends and/or family.

In one study, out of a total of 400 regular drug users:

Nearly all of them reported they had been victims of violent crime, 46% in the preceding 12 months.

Drug-related intimate partner violence (IPV) is also common and results in the loss of social relationships. The risk between serious drug involvement and risk for unemployment is well-recognized. 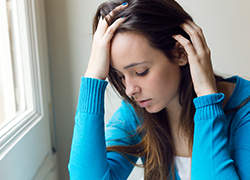 Studies propose that over-activation of the endocannabinoid system (the part of the brain affected by THC and synthetic marijuana) can result in neurodevelopmental changes in adolescents and young adults.

These changes can potentially exacerbate or lead to psychosis in this population. The effects of natural cannabis/marijuana on the adolescent brain are well-documented as impacting the development of cognition and memory.

High rates of anxiety disorders, depressive disorders, and schizophrenia have been associated with early marijuana use, so it is reasonable to be concerned about over-activation of the adolescent brain by synthetic cannabinoids.

Acute exposure to both cannabis and synthetic cannabinoids such as K2/Spice can produce a full range of transient, psychotic abnormalities that bear a striking resemblance to symptoms of schizophrenia.