Effects and Side Effects Of Tramadol Abuse

Tramadol (also marketed as Ultram or Ultracet) is a prescription opioid pain reliever used for the treatment of moderate pain. It works via two molecular mechanisms in the brain: 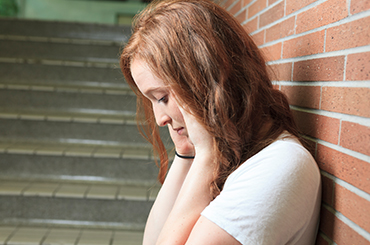 Immediate Effects and Adverse Effects of Tramadol Use

While tramadol itself has a weak affinity for the mu-opioid receptor, several of its metabolites have far more affinity, likely leading to some of the desirable effects of tramadol use.

Unlike other centrally acting opioids (such as morphine or heroin), tramadol doesn’t seem to have a clinically relevant respiratory depression effect on patients (only seen in patients who take considerably more than the recommended dose).

By prescription, tramadol is most frequently taken orally, although intravenous and intramuscular formulations exist.

Effects that are associated with tramadol administration include:

Some adverse effects associated with tramadol use include:

Generally speaking, tramadol has a low abuse potential (especially when compared to other opioid analgesics). 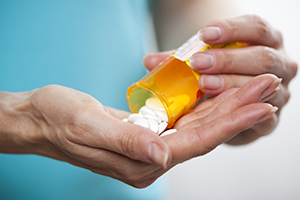 For years, tramadol was heralded as a non-abusable replacement option for many of the existing opiate painkillers.

However, because tramadol is such an effective pain medication, the potential for abuse naturally does exist and we’ve now seen tramadol abuse becoming more prevalent over the past few years.

If a user takes tramadol repeatedly over a period and develops a tolerance for the drug, an overdose may occur when that user takes more than normal to achieve the desired effect.

Tramadol overdoses can be very serious if they occur, and can cause:

Symptoms of overdose may include:

Don't wait for an overdose situation to seek help with a tramadol dependency.

Call to speak to a treatment support team member about tramadol addiction treatment options, 24 hours a day, at 1-888-993-3112Who Answers?.

As with most opioids, abstinent users experience cravings for tramadol. These cravings can be triggered by the environment or from situational awareness—anything that reminds the user of a time during which they were taking tramadol.

Unfortunately, strong cravings often lead the abstinent user to relapse. The strength of craving seems to depend upon the level of dependence, tolerance, and the length of time the user has been taking tramadol.

Generally speaking, stronger cravings are associated with a more seasoned tramadol user who has been taking quadruple the recommended dose for a decade.

Weaker cravings may be experienced by less tolerant users who have taken tramadol for six months, for example.

While most tramadol users do not intend to take the drug for an extended time period, the analgesic effects coupled with the feelings of euphoria and decreased anxiety often lead a user to take more than prescribed, for a longer period than originally intended (often without the prescribing physician’s knowledge).

As users take tramadol more frequently, their bodies become physiologically dependent upon tramadol; that is, if they were to stop taking the drug, withdrawal symptoms would occur.

Psychological dependence may also manifest itself with prolonged tramadol use. These users feel that they cannot normally function without taking their daily portion of tramadol, perhaps due to the euphoria or decreased anxiety associated with the drug.

Tramadol abuse may begin with something as simple as a prescription for post-operative pain or chronic arthritis.

As the patient uses more and more tramadol, they require a higher dose to achieve the same effects.

This is known as tolerance, and it can develop with many drugs of abuse as time progresses.

Tolerance is dangerous because users taking tramadol will need increasingly more drug over time, possibly leading to an unintentional or accidental overdose.

The severity of these symptoms depends both upon the level of tolerance developed as well as the time since last dose of tramadol (as well as the amount taken).

If withdrawal symptoms are severe enough, a partial opioid antagonist such as buprenorphine may be prescribed.

How Tramadol Addiction Changes Your Life

The vast majority of tramadol abusers actually have a history of substance abuse (typically a substance other than tramadol), and many have been prescribed the medication legally for pain control purposes. 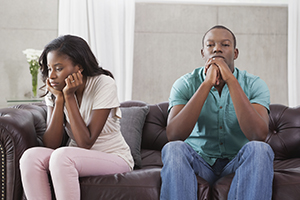 However, due to developed tolerance, users can become out of control and use far more tramadol than recommended, ultimately becoming addicted both physiologically and psychologically to the drug.

Tramadol addiction can have adverse effects on the user's social, occupational, and mental health.

Many tramadol abusers report strained family relationships, as well as troubles in the workplace and/or at school. Due to their perpetual need to obtain tramadol, many abusers report financial trouble associated with clinic visits or purchasing the drug illegally.

Pregnant women may also experience trouble with their developing fetus while using tramadol, as the newborn may be physiologically addicted when born to a tramadol-addicted mother.

Historically, people who become addicted to tramadol frequently suffer from comorbid, or co-occurring substance abuse as well, often times other opioids (such as heroin or morphine).

A Tramadol addict who is also receiving treatment for depression or anxiety is at an increased risk of serotonin syndrome.

There is an increased prevalence of substance abuse in patients reporting mental health conditions, such as depression and anxiety, and tramadol is no exception.

Unique to tramadol, abusers may experience hallucinations while using or withdrawing from tramadol, which may present more like a psychiatric crisis instead of an addiction crisis, because of the overlapping symptomatology.

Tramadol, in addition to its analgesic effects, also decreases reuptake of neurotransmitters that are involved (and often imbalanced) in clinical depression. Therefore, a tramadol addict who is also receiving treatment for depression or anxiety is at an increased risk of serotonin syndrome.

Serotonin syndrome can be life threatening, and is characterized by a markedly increased concentration of serotonin in the synapses between neurons in the brain.

If you, a friend or family member are struggling to limit your tramadol use, or find yourself using tramadol concurrently with other drugs, help is available