A Valium overdose can be fatal. Signs and symptoms of overdose warrant immediate medical assistance through a call to 911 or rapid access to a hospital emergency room. 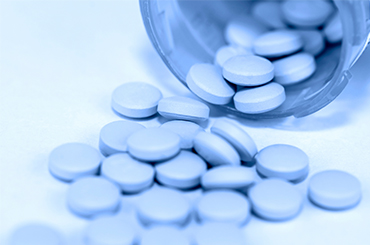 Symptoms and Signs of Valium Overdose

The chief characteristics of a critical benzodiazepine overdose are depressed respiration and cardiac functioning, typically related to a lack of oxygen and poor circulation.

If you or a loved one struggles with misuse of Valium, call 1-888-993-3112Who Answers? to speak with someone about your Valium addiction treatment options before overdose occurs. 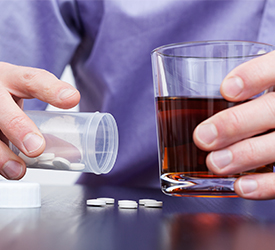 Polydrug use is the number one cause of all overdose fatalities. Polydrug use greatly complicates the effects of Valium and contributes significantly to overdose involving Valium.

Polydrug use can cause:

When combined with Valium, all sedating drugs such as alcohol, opioids, and other benzodiazepines can produce severe and prolonged respiratory distress and heart problems.

There are also other prescription drugs, illegal drugs, over-the-counter medications and herbal supplements that cause overdose when used with Valium.

The following are examples of adverse interactions and is not intended to be an all-inclusive list.

Alcohol with Valium is a frequently abused combination that can lead to overdose. They have similar sedative and depressant effects and are misguidedly used to enhance the effects of the other.

Alcohol consumption, however, can impede the metabolism of Valium causing elevated amounts to remain in the system as alcohol is consumed. 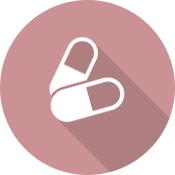 When used with opioids or opiates such as methadone, OxyContin, etc., Valium increases the toxic effects of those drugs upon the central nervous system.

Concurrently abusing these substances with Valium could decrease the threshold at which the inherent dangers of the opiate/opioid drug are experienced--even if a person has previously exhibited a tolerance for these drugs on their own.

Other Polydrug Interactions with Overdose Potential

Emergency medical services should be sought immediately when an overdose is suspected or if signs appear.

One should seek emergency assistance from paramedics through 911 or a hospital emergency room.

To aid medical personnel, you should try to provide:

How to Avoid a Valium Overdose

The most effective way to prevent overdose is to:

You should also have a frank discussion with your prescribing health care professional about:

You can also avoid an overdose by seeking help if you have started taking Valium without a prescription, or in greater amounts or more frequently than prescribed.

Overdose treatment requires emergency medical services involving a number of intensive care procedures. These include measures to prevent death or damage to the brain and other organs.

If you or someone you know appears to have overdosed on Valium, you should seek help immediately through a call to 911 or by going immediately to a hospital emergency room.

For safe and effective treatment, medical responders should be informed of:

In the case of polydrug use, emergency medications that are used to reverse the effects of Valium can cause seizures, coma or death.

For example, flumazenil is used to reduce the effects of a Valium overdose.

However, seizures and death can occur in the setting of severe, acute benzodiazepine withdrawal--especially in a polydrug use situation that involves stimulant drugs like cocaine.

Reporting all substance use is vital. This includes alcohol, prescription drugs and illegal drugs.

Medical procedures for Valium overdose can include:

Recovery efforts are best determined by the cause of overdose. If intentional, psychiatric services are needed.

If an overdose is intentional, psychiatric services are needed.When coupled with a history of Valium misuse, care should include dual diagnosis services (simultaneous mental health and substance treatment). Intentional overdose suggests suicidal tendencies and warrants psychiatric hospitalization to manage the crisis.

An unintentional overdose is without suicidal intent and is typically a substance abuse issue--consequently, Valium addiction treatment is certainly indicated as the patient recovers.

Treatment can be done in various settings; however, an overdose typically indicates severe use, and therefore, warrants an inpatient or residential program stay.

These can include private rehabilitation options in resort-like locations, featuring spa-like luxury amenities and executive facilities that enable executives to continue their professional responsibilities.