Vyvanse overdose is possible, and the signs will vary depending on how much was taken and if it was taken in combination with other drugs. 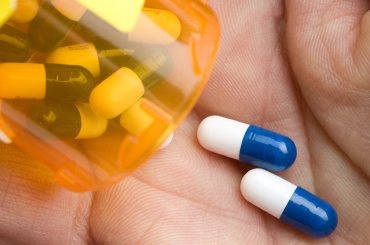 Symptoms and Signs of Vyvanse Overdose

Other side effects of Vyvanse overdose include:

An overdose can also lead to irritability and aggressiveness along with paranoia,or unusual thoughts or behavior.

Serious side effects of a Vyvanse overdose include:

A 2012 report by the U.S. Food and Drug Administration (FDA) collected data that indicated that 1 out of 12 pediatric deaths involving Vyvanse was from an overdose.

Because of its stimulant properties, Vyvanse is a drug that can be abused, so if you have a history or family history of addiction you may be at an increased risk of abusing it.

Unapproved ways of ingesting Vyvanse, such as chewing, snorting or injecting it, may change your body's reaction to it.

As tolerance builds, more of the drug needs to be taken to achieve the same effect, which places you at risk for taking too much of it.

If you experience a period of depression or fatigue when you stop taking Vyvanse, this may put you at risk for taking too much of the medication to feel better.

Serotonin syndrome may be responsible for producing symptoms of Vyvanse overdose and presents itself within hours of taking a new medication or excessively increasing the dose of a medication.

It is possible that combining Vyvanse with certain antidepressants may increase your risk of serotonin syndrome.

Combining Vyvanse with other medications may affect the way Vyvanse is absorbed in the body, and it may increase the symptoms of one or both of the medications.

Drinking alcohol while taking Vyvanse may result in toxic ingested quantities of both.

Drinking alcohol while taking Vyvanse is risky as the respective, opposing stimulant and depressive qualities of each substance counter the perceived effects of each other, potentially resulting in toxic ingested quantities of both.

Using an amphetamine such as Vyvanse is becoming increasingly popular among those who abuse opiates like prescription painkillers and heroin.

When to get Help

Even though you may be prescribed Vyvanse to treat a diagnosed condition, you still may be at risk for overdose.

Vyvanse is not prescribed to treat anyone under the age of 6 so if you suspect a child under this age has taken this medication, call 911 right away.

If you or someone you know is experiencing any of the signs of Vyvanse overdose, call poison control at 1-877-222-1222 for guidance and advice for treatment.

You may need to call paramedics if you are unable to get to an emergency room.

Because of its stimulant properties, it is important to remain calm during a Vyvanse overdose to decrease the risk of rapid breathing and heart rate. 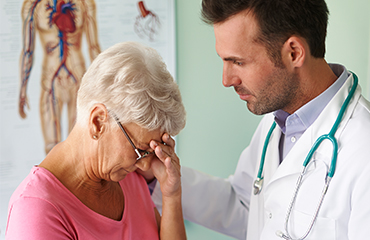 Get Help Today There are a number of treatment and recovery centers to help you with your Vyvanse addiction.

If you are taking Vyvanse without a doctor's prescription or you cannot stop taking more than prescribed, your risk for overdose is high and you may need to seek help.

Please call 1-888-993-3112Who Answers? to speak with a treatment support professional who can help you explore Vyvanse addiction treatment options.

There is limited research for effective Vyvanse overdose treatments but emergency room treatments will focus on treating the overdose similar to the way they would treat an amphetamine overdose.

Symptoms of withdrawal may present after a Vyvanse overdose.

Symptoms of depression or severe mood swings may also be common following overdose.

Because Vyvanse is a stimulant that can cause wakefulness and suppress appetite, stopping Vyvanse can lead to severe fatigue and an increase in appetite.

Successful recovery from a stimulant overdose should ideally serve as the impetus to seek treatment for substance abuse as well as any mental health treatment attention that may be warranted.

It is important to rest after an overdose as you may experience difficulty focusing or concentrating.

If you are concerned that you or a loved one is suffering from Vyvanse dependency, call 1-888-993-3112Who Answers? to speak with an experienced support professional about Vyvanse addiction treatment options.