The Effects of Benzodiazepines like Ativan and Xanax on Mental Health

Benzodiazepines or sedatives, such as Xanax and Klonopin, are prescription medications that act as central nervous system depressants and are commonly used to treat anxiety and sleep disorders. 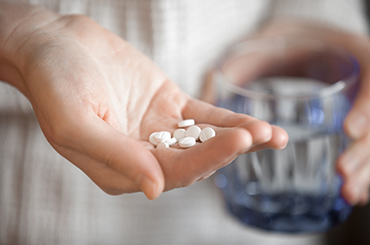 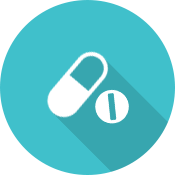 Benzodiazepines are often combined with alcohol and/or opioids; this results in an exacerbation of CNS depression, frequently resulting in overdose and death.

Benzodiazepines are often used with methadone in order to increase the desirable effects of, or to “come down” from, stimulant intoxication.

Benzodiazepine addiction often co-occurs with other mental health disorders such as:

Benzodiazepines and the Brain

In the brain, benzodiazepines act on the neurotransmitter gamma-aminobutyric acid (GABA), which exerts an inhibitory effect on action potentials.

In other words, it helps prevent the firing of neurons, which can be helpful in cases like modulating fear responses.

In anxiety disorders, there is believed to be a deficit in GABA production, leading to the inability to suppress or “inhibit” fears and worries.

According to the Substance Abuse and Mental Health Services Administration (SAMHSA), many mental disorders derive from or are complicated by substance use disorders (SUDs). In 2009, approximately 2.75 million adults in the United States had co-occurring serious mental illness and substance dependence.

Benzodiazepines increase the effectiveness of GABA which means your brain will produce less of it. Long term benzodiazepine use causes tolerance, and abstinence after prolonged use can result in withdrawal.

Symptoms of withdrawal tend to present as the opposite of the therapeutic effects benzodiazepines elicit. These withdrawal symptoms include:

If there isn’t already a co-occurring or pre-diagnosed mental health disorder, benzodiazepine addiction can increase your vulnerability to mental illness. Conversely, a mental health disorder increases your  likelihood of substance abuse. If you are suffering under the weight of these two issues, you need to ask for help. Call 1-888-993-3112Who Answers? to find treatment today. 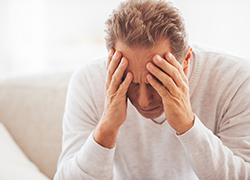 Long-term use of multiple drugs that act on GABA systems (as both benzodiazepines and alcohol do) can result in depressive symptoms or induce depression in people with a vulnerability to it. Contextual factors, like poor social support, can further exacerbate this association.

SAMHSA reports that research into the pathophysiological effects of alcohol and other drugs–such as enduring and permanent neurological changes–provides evidence of common etiology or developmental pathways for substance abuse and mental health disorders.

SAMHSA maintains that pharmacotherapy alone is not adequate enough to treat individuals with co-occurring disorders, so medications should be combined with appropriate psychotherapy and peer support.

In 2009, 22.4 percent of adults and 18.9 percent of youth had co-occurring major depression and substance use disorders. High doses of benzodiazepines can lead to mood swings and hostile or erratic behavior. 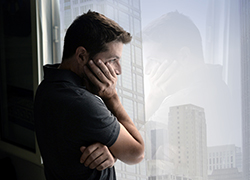 Benzodiazepine addiction with co-occurring depression may increase the risk of suicide attempts.

In the case of dually diagnosed depression, research on pharmacological interventions favors antidepressants over benzodiazepines.

Antidepressants might be considered for anxiety disorders, too, due to their similar effects and less addictive nature.

There is some indication that a combination of benzodiazepines and SSRIs has been effective in treating comorbid anxiety and depression.

Since benzodiazepines would not be a good first line of therapy in the case of comorbid substance use and depression, they might be added to an established regimen of antidepressant medications to assist in managing anxiety symptoms.

Scarcely using anxiety relieving agents in combination with SSRIs for depression may also prevent relapses to heavier active benzodiazepine use, given the presence of a “safety net” for managing anxiety and mood symptoms.

In 2009, 22.4 percent of adults and 18.9 percent of youth had co-occurring major depression and substance use disorders. High doses of benzodiazepines can lead to mood swings and hostile or erratic behavior. It is likely that your benzodiazepine addiction is caused by an underlying problem. Help is available; call 1-888-993-3112Who Answers? to learn about your treatment options.

According to the Center for Substance Abuse Research, benzodiazepines are among the most commonly prescribed CNS depressant medications to treat anxiety disorders, such as generalized anxiety disorder and panic disorder.

Get Help Now The longer a person remains on benzodiazepines, the greater their risk of developing dependency

When addiction co-occurs with an anxiety disorder, there is a greater risk of abusing other substances as well, such as alcohol or opiates, to relieve anxiety.

The co-occurring addiction and anxiety disorder must both be treated in order to achieve successful recovery.

Anxiety disorders lead to functional impairment and can decrease a person’s quality of life, often predisposing them to develop a co-occurring addiction.

Stopping the use of benzodiazepines without the supervision of a doctor is not recommended as withdrawal symptoms can range in severity from anxiety to seizures.

Aside from normal anxiety experienced during withdrawal, you may also experience what is known as rebound anxiety.

Physical dependence is found to be most likely established after three to four months of benzodiazepine use, increasing prevalence and severity of rebound anxiety.

Benzodiazepines are commonly prescribed to treat insomnia. Insomnia is a common disorder characterized by:

In addition to rebound anxiety, rebound insomnia can persist for months during post-acute withdrawal from benzodiazepines. Chronic insomnia can lead to:

Some studies indicate that the co-occurrence of benzodiazepine dependence and insomnia may be indicative of underlying psychiatric issues. It is also a risk factor in the development of depression and anxiety disorders.

It is especially difficult to treat insomnia while treating addiction because of how long into sobriety rebound insomnia can last and because of how readily available benzodiazepines are.

The use of non-benzodiazepine agents in the treatment of comorbid insomnia is recommended with caution, as psychiatric issues can increase the risk of abuse.