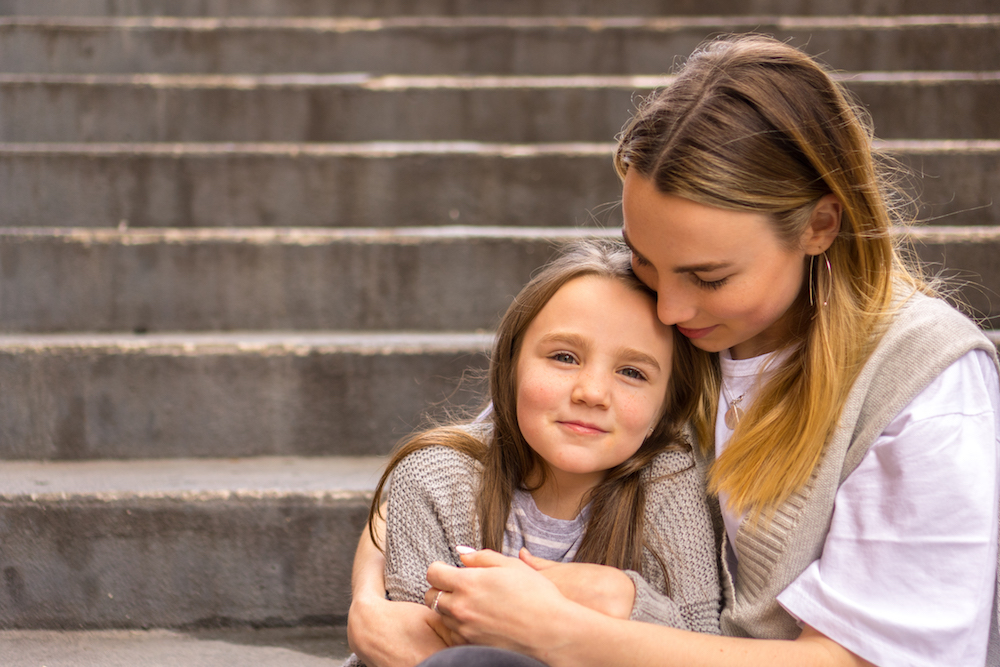 Globally, about 10-20% of children and adolescents (ages 10 to 19) struggle with a mental disorder each year, according to the World Health Organization (WHO).1 It’s been estimated that half of all mental illnesses manifest by the age of 14, and about three-quarters by the mid-20s; left untreated, they can severely influence a child’s healthy development.1

While children can suffer from a wide array of mental health disorders, there are a few that are more prevalent such as depression, anxiety, attention-deficit/hyperactivity disorder (ADHD), eating disorders, certain behavior disorders (i.e., conduct disorder), and substance use disorders (SUD).2, 3, 4

If your child has a substance use disorder and a mental health disorder, they are said to have a “co-occurring disorder.” Children may also be affected by other less prevalent mental illnesses such as panic disorder, posttraumatic stress disorder (PTSD), borderline personality disorder, schizophrenia, and autism spectrum disorders (Autism/Asperger’s syndrome).2

Every mental illness has its own specific symptoms and warning signs. General signs and symptoms that a child or adolescent may have a mental health disorder include:8, 9

Some of the potential warning signs of anxiety can include:10

Some warning signs of depression include:10

Some of the behaviors associated with behavior disorders such as conduct disorder or oppositional defiant disorder include:10

The diagnosis of ADHD is based on certain criteria involving several symptoms of inattention and hyperactivity/impulsivity; some examples include:11

Younger children may exhibit these signs and symptoms differently from older children, so it’s also important to take into account a child’s developmental stage.12

In addition to a child’s developmental stage, it is also important to keep in mind that different regions of the brain develop at various times, as do specific functions associated with those regions, so mental health disorders can affect children differently depending on their age.14

Certain behaviors may be considered normal during different developmental stages. For example, adolescence is a time to experiment with new activities, learn new ways of processing stress, and deal with hormonal changes that can make it seem like your child is a stranger.15 Being aware of the potential age-based warning signs may help you distinguish typical behavior from dysfunctional ones that may indicate a mental health disorder.

Mental health disorders generally tend to persist for longer periods of time, cause great distress to the child and the family, and interfere with the child’s functioning. When in doubt, it’s advisable to consult your child’s pediatrician or a qualified mental health professional.

Younger children may benefit from an evaluation if they:16

Older children may benefit from an evaluation if they:16

Parents may face a number of issues when a child is diagnosed with a mental health disorder in their developmental years. These issues can include finding proper treatment, knowing how to talk about the problem, and parental stress from dealing with the issue.

Certain factors may be associated with mental, behavioral, and developmental disorders in childhood and adolescence. These can include trauma, environmental changes (such as moving), or specific socio-economic factors like poverty.17, 18


Factors That May Contribute to Childhood Mental Illness

Specific issues that can increase a child’s likelihood of developing a mental illness include:3, 18 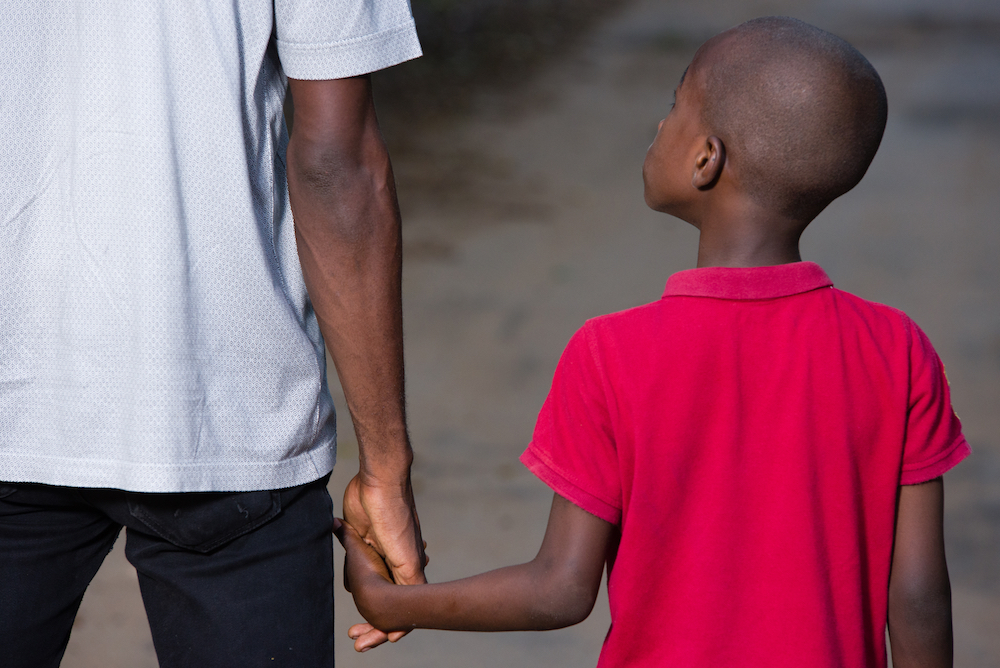 If you are concerned that your child may have a mental health disorder, it’s important to address the issue rather than ignore it. Discuss your concerns with a pediatrician and talk to your child about how they are feeling.20 You may not be able to prevent a mental illness, but by monitoring your child’s symptoms and keeping a close eye on any changes that occur, you’ll be better prepared to address the issue.

Talking to your child about a mental illness can be difficult. Avoid blaming them and try to communicate in a straightforward manner. Speak at their developmental level (i.e. give fewer details to younger children and talk on a more mature level with an adolescent). You might consider asking questions such as:21

How is it Diagnosed in Children?

Remember that you know your child better than anyone else. If you are concerned about your their behavior at home, school, or with friends, and you’ve noticed that it has been lasting for more than a few weeks, it’s probably a good time to seek help from your pediatrician and/or a qualified child and adolescent mental health professional.16

An evaluation for a mental health disorder is a comprehensive process that usually entails specific steps such as:16

Remember that mental health disorders are complex and can be the result of many factors, including genetics and upbringing, so it’s important to be honest about any family history of mental illnesses and any other environmental issues. The sooner a mental health disorder is diagnosed, the sooner a child can receive appropriate treatment and obtain access to needed resources.4


How is it Treated?

Since children communicate on different levels than adults, the mental health treatment they receive also varies from adult treatment. For example, children between the ages of 3 and 12 may participate in play therapy, in which toys are used to help represent words. Children of varying ages may also receive art or animal-assisted therapy to help treat ADHD, depression, anxiety, and autism.22

Like adults, children also often participate in talk therapy, such as in individual counseling or group therapy. Many times, family counseling may be recommended to help families understand the child’s specific struggles and challenges. If necessary, children may also receive specific medications such as antidepressants, psychostimulants, or mood stabilizers.16

Adolescents with suicidal thoughts and/or behaviors may receive dialectical behavioral therapy, or DBT, which was originally developed to treat borderline personality disorder in adults. However, research has shown that DBT may also be useful at reducing suicidality in adolescents.24

Increasingly, parents may look to complementary and alternative therapies to help address mental health disorders in children. One study showed that herbal remedies, mind-body therapies, and chiropractic care were among the most-commonly used alternative modalities in children with mental illness.25


How to Help at Home

Helping a child feel safe, understood, and supported is vital for their recovery and well-being. Be sure to check in with your child regularly to talk about how they are feeling. Devote your attention to them and allow them to speak while you listen.

Children often find routine soothing (especially if your child has ADHD), so be sure to adhere to your child’s usual routine as much as possible.26 Model appropriate behavior and avoid using drugs or alcohol in your child’s presence. Keep them locked away or hidden to discourage underage substance use.

Parenting a child with a mental illness can be stressful, so seek support from other parents who may be in a similar situation. Therapist-led support groups are available that can help you connect with other parents, receive guidance, and help you better manage the situation. You might also consider seeking individual counseling as an additional form of support so you can focus on specific issues and learn strategies to help support your child.16

[5]. Centers for Disease Control and Prevention. (2019). What Are Childhood Mental Health Disorders?

[6]. Centers for Disease Control and Prevention. (2019). Data and Statistics on Children's Mental Health.

[11]. Centers for Disease Control and Prevention. (2018). Symptoms and Diagnosis of ADHD.