What is an Obsessive-Compulsive Disorder? 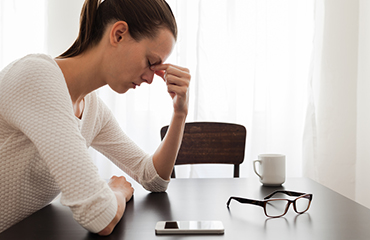 Research indicates that substance use disorders and OCD frequently occur together. Prevalence has been highlighted for alcohol, meth and cocaine.

Some examples of these disorders include:

Obsessive-Compulsive Spectrum Disorders — In The News

Scans May Spot People Who'll Benefit From Surgery for OCD

TUESDAY, Dec. 23, 2014 (HealthDay News) -- Though most patients with obsessive-compulsive disorder (OCD) can be successfully treated with medication and therapy, between 10 percent to 20 percent have a form of the illness that doesn't respond to standard care, experts say. However, patients with this so-called "refractory OCD"... Read More

People With OCD May Have Higher Odds for Schizophrenia: Study

WEDNESDAY, Sept. 3, 2014 (HealthDay News) -- People with obsessive-compulsive disorder (OCD) may be at higher risk for schizophrenia, a new study suggests. Still, the findings shouldn't cause undue worry in people with OCD, one expert said. "In the general population, about 1 percent of people are diagnosed with... Read More

FRIDAY, May 9, 2014 (HealthDay News) -- Do you ever feel a bit tortured by the idea that you left the iron on or caught a dread disease in that dirty restroom? Ever have a random thought about hurting someone even though you're not a violent person? You're far... Read More

I was in a public restroom last summer and came across something I had never seen before: a toe opener. This particular one was attached to the bottom of the... Read More

In many ways, the Internet has been a godsend for those who suffer from obsessive-compulsive disorder or other brain disorders. People who previously might have felt so alone are now... Read More

OCD And Fear Of Treatment

I’ve previously written about recovery avoidance in those with obsessive-compulsive disorder, and how heartbreaking it can be for family and friends to know there is treatment for the illness... Read More