What is a Dual Diagnosis?

To have a dual diagnosis means that a person has been evaluated by a professional, and determined be suffering from both a substance use disorder and some other mental health condition.  Struggling with two disorders at the same time can be complicated, often leading to: 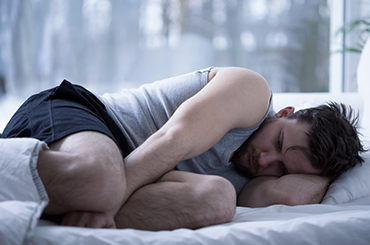 Cocaine abuse can have a profound effect on a person’s mental health. Mental illness and cocaine addiction frequently co-occur, and this dual diagnosis can influence treatment engagement and outcomes—especially if not recognized and treated accordingly.

It is vital that a person struggling with cocaine abuse and other mental health issues seek professional help as soon as possible.

Cocaine Addiction and the Brain

Cocaine’s effects on the brain are a direct result of its action within the brain. Cocaine works by affecting a brain communication chemical called dopamine, which is involved with neural processes that control movement, pleasure and reward. 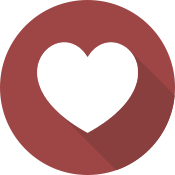 With long-standing exposure to cocaine – as may occur in cases of abuse and addiction – brain damage can extend beyond the reward pathways and into the areas of the brain responsible for processing emotions, memory, and new information.

Many mental illnesses involve imbalances in the brain’s dopamine system—particularly depression and schizophrenia. When cocaine abuse messes with this important dopamine system, it can impact the course of an individual’s mental disorder by potentially causing it or making it worse.

The point is, when a person abuses cocaine, they may begin to alter the communication between brain cells that use dopamine, and influence their own reward system pathways. If you have been abusing cocaine for a long time, it may have had a serious physiological impact that requires treatment to reverse. Don't wait, call 1-888-993-3112Who Answers? today to get help.

Cocaine addiction can lead to reduced brain activity in regions related to emotional processing and error awareness. People addicted to cocaine also show problems in social interactions, placing value on their own gains when interacting with other people and less concern about how their behaviors affect both themselves and those around them. 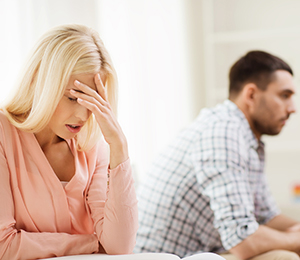 Cocaine-dependent people have exhibited blunted emotions and egocentrism, and their risk of having an anti-social personality disorder is 22 times that of non-users.

This impaired emotional/social processing and reduced error recognition can be thought of as a problem with self-awareness, and it is present in a number of other psychological disorders.

Adequate social skills can have a major impact on the development and outcome of mental disorders as well as stimulant use disorders, so this cocaine-induced impairment presents a particular challenge to this type of dual diagnosis treatment.

Dopamine deficiency is believed to be involved in the development of ADHD. This means that both ADHD and cocaine addiction may involve the brain’s real or perceived deficit of dopamine. Theoretically, the abuse of cocaine among people diagnosed with ADHD may be a form of self-medication to relieve ADHD symptoms.

A dual diagnosis of ADHD and cocaine dependence can be effectively treated with proper therapy and prescription medications. Preliminary research trials have evaluated the efficacy of oral amphetamines in the treatment of cocaine dependence.

It is important to note that the research is still in early stages and some treatments are not FDA approved yet.

Lifetime prevalence rates of depression among people seeking treatment for cocaine abuse range between 25% and 61%. People who are coping with depression may even experience more intense euphoria when using cocaine as well as more intense cravings and withdrawal symptoms compared to non-depressed users when they do not use. 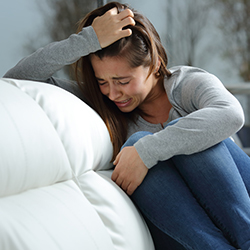 All of these factors may contribute to an even more severe cocaine dependency among depressed users. Furthermore, depression is known to have certain effects that may subsequently complicate recovery from cocaine addiction:

Two effective therapeutic modalities employed to treat a dual diagnosis of cocaine abuse and depression include cognitive behavioral therapy and motivational interviewing. Cognitive-behavioral therapy, or CBT, is utilized with the hopes of altering the mindset of the addicted individual, and curtailing maladaptive drug use behavior in response to stressors and other precipitating life events. Motivational interviewing uses positive incentives to promote change.

Treatment for concurrent cocaine abuse and depression must simultaneously address both issues. Studies support a combined use of antidepressant medications and therapy for this type of dual diagnosis treatment. Please call 1-888-993-3112Who Answers? to find a treatment program that works for you.

Long-term cocaine abuse can elicit temporary psychotic symptoms such as hallucinations and paranoia. This is known as cocaine-induced psychosis, and it can be difficult to distinguish from schizophrenia.

The prevalence for cocaine-induced psychosis is difficult to determine, but studies have reported rates between 48% and 88% among cocaine abusing people.
In these instances, these symptoms are often temporary and stop once the user maintains abstinence. Despite how distressing it may for the individual to experience such symptoms, and how serious any resultant behavior may seem to those witnessing it, treatment should primarily focus on the user’s cocaine abuse problem rather than on the extensive treatment of the psychosis. As mentioned, such forms of effective cocaine abuse treatment can include replacement medications and therapy—specifically, cognitive-behavioral therapy.

Cocaine dependence among people with bipolar disorder has lifetime prevalence rates from 15% to 39%. The impact of substance use on bipolar disorder is overwhelmingly negative, with more hospitalizations, more aggression, and less adherence to medications.

In cases of comorbid cocaine abuse and bipolar disorder, some of the more commonly seen problems that may  impact treatment adherence include:

While medications may not be of huge help in those with cocaine addictions alone, there is promising evidence that they may benefit those struggling with a dual diagnosis. Bipolar patients must take medication in order to manage their disorder—care must be taken so that any other medication taken to manage cocaine cravings and/or withdrawal cannot react with bipolar medications.

In addition to medication management, therapy continues to be an important part of dual diagnosis recovery.