What is Heroin Withdrawal? Are There Withdrawals From Heroin Use?

Unlike other drugs of abuse, you can experience severe withdrawal symptoms after only a few hours of heroin usage, which is one of the pernicious aspects of heroin dependence. 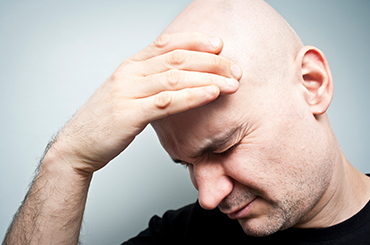 Heroin withdrawal is similar to withdrawal from other substances and can include an array of extremely unpleasant symptoms.

When someone uses heroin, (either through snorting, smoking or injecting) their brain and body adapt to the heroin use over time and they begin to build up a tolerance.

After a period, as tolerance builds up, the body requires a higher quantity of heroin to achieve the same results, and thus, heroin use typically increases to meet the increased physical and psychological need. If heroin use is then stopped, withdrawal occurs.

Withdrawal is both physical and psychological, and your fear of quitting after prolonged heroin use is exacerbated by the very real fear of experiencing brutal withdrawal symptoms.

Heroin withdrawal is similar to withdrawal from other substances and can include an array of extremely unpleasant symptoms, including:

Heroin addiction is a confounding disease that inevitably has a profoundly negative impact on the person using, as well as their family, friends and professional colleagues. As with other drug and alcohol addiction, heroin addiction is a chronic brain disease. Thankfully, there are effective treatments available.

If you or someone you love struggles with heroin dependence, is unable to cope without the drug, or has a profound fear of withdrawal symptoms, it’s time to seek help.

Our treatment support team can provide more information about the wide range of effective heroin addiction treatment options at 1-888-993-3112Who Answers?.

Heroin withdrawal is brutal and typically takes up to:

When the acute effects of heroin start to abate, someone goes into what is referred to as anticipatory opioid withdrawal.

This begins approximately 3-4 hours after the point of last usage and is manifested through:

In early withdrawal (approximately 8-10 hours after last usage), anticipatory symptoms increase and new unpleasant symptoms start to develop, such as: 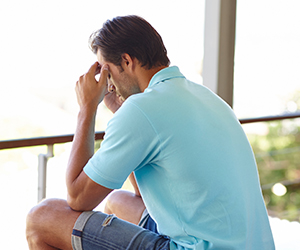 From the end of day 1 to day 3 or 4, you will likely experience profound:

While many former heroin addicts report the protracted phase of withdrawal abates after a period of months, in some cases, the duration of symptoms is much longer.

Suicidal thoughts are extremely prevalent during heroin withdrawal, which is why it is so critical to undergo withdrawal in a safe facility.

Developed by Wesson and Ling, this scale measures withdrawal symptoms to determine the stage of withdrawal a heroin dependent individual is in.

The COWS tool measures symptoms including:

Withdrawal should be monitored and treated as part of the detoxification process in a medical facility that treats opioid withdrawal regularly.

Heroin withdrawal is not something that anyone should undergo without trained medical assistance.

Ideally, withdrawal should be monitored and treated as part of the detoxification process in a medical facility that treats opioid withdrawal regularly.

Medication-assisted heroin addiction treatment is effective and provides critical recovery support, both in the acute short-term phase of withdrawal, and in the long-term, by helping addicts overcome relapse triggers and successfully maintain abstinence.

Evidence-based best practice indicates that the use of buprenorphine or methadone during heroin withdrawal treatment (detoxification) and beyond is recommended.

As with withdrawal from other drugs of abuse, the goal of treating someone undergoing heroin withdrawal is to:

Once the withdrawal process is completed, the combination of pharmacological treatments (such as buprenorphine) and psychosocial support has been shown to be most effective in ensuring long-term recovery.

Given the brain damage that can often occur through prolonged use of heroin, the combination of mental health services and the use of buprenorphine and/or methadone to assist someone as they transition from an acute post-overdose stage to nascent recovery is the primary course of treatment both in the US and globally.

If you’re concerned that you or a loved one is suffering under the weight of a heroin dependency, call 1-888-993-3112Who Answers? to speak with someone about your heroin addiction treatment options.

Effectively managing your own or a loved one’s withdrawal from heroin is not a realistic option. As outlined above, the severity of heroin withdrawal symptoms is such that trained medical treatment is absolutely necessary.

Call to speak to a treatment support team member about heroin addiction treatment options, 24 hours a day, at 1-888-993-3112Who Answers?.