Abuse occurs when people mistreat or misuse other people, showing no concern for their integrity or innate worth as individuals, and in a manner that degrades their well-being. Abusers frequently are interested in controlling their victims. They use abusive behaviors to manipulate their victims into submission or compliance with their will. 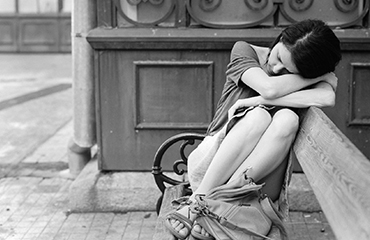 Physical and sexual abuse greatly exacerbate the risk of substance use disorders. Abuse has particularly far-reaching effects when it occurs during childhood. Please learn more about treatment here.

Abuse is a commonplace event in modern times, taking on many different forms, including physical, sexual, emotional, and verbal abuse, occurring in many different contexts, including the home (domestic violence, spouse rape, incest), the workplace (sexual harassment), and in institutional (elder abuse, bullying) and religious and community (hate crime) settings. It touches victims across the lifespan from children through elders. Abuse is a serious social and cultural problem affecting everyone whether as a victim of abuse, a perpetrator, a friend or confidant of an abused person looking for ways to be helpful, or simply as someone who is angered by injustice and wants to work for positive change.

If you are currently being abused, or have been abused in the past, you should know that you do not suffer alone. Right now millions of people around the world struggle to maintain dignity, safety and self-worth in the face of ongoing abuse. Millions more people struggle to recover from wounds they have sustained during past abuse. You should also know that help is available for victims of abuse, although it is not always easy to access. Community abuse resources (such as domestic violence shelters), mental health professionals, law enforcement, and various other organizations, websites and printed resources can provide instruction and assistance for people who need help removing themselves from abusive situations.

Victims of abuse often find themselves dealing with serious psychological and physical consequences of having been abused. There are various forms of counseling, psychotherapy, medical and self-help resources available for people who have been abused and want assistance and support for managing problems and issues they have developed as a result of being abused Such post-abuse issues are sometimes called 'abuse sequela' by health professionals. While no therapy is capable of erasing the effects of abuse, such resources can provide real and meaningful assistance in helping to minimize the negative effects of abuse. Helpful abuse-related resources can be found throughout this document, in the appendix of abuse-related resources provided at the end of this document, and in the lists of other (non-document) resources collected within this abuse topic center.

Some people aren't sure if they are being or have been abused. They may know that they have been harmed, but they may think that they deserved that harm, for instance, or perhaps think instead that some degree of harm is acceptable or reasonable, or just inevitable. Though it is not possible for us to give you a definite answer to any questions you may have about what is abuse and what is not abuse, consider that people who haven't been abused don't tend to spend much time wondering whether they have been abused, while a many people who have been abused (or are being abused) do wonder about it. If you are upset enough to wonder about it, it is likely (although not definite) that you have been abused. We'll explore the definition of abuse in greater detail later in this document.