An Introduction to Schizophrenia and Other Psychotic Disorders 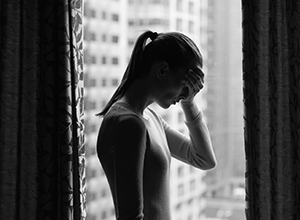 Schizophrenia is a brain disease that interferes with normal brain functioning. It causes affected people to exhibit odd and often highly irrational or disorganized behavior. Because the brain is the organ in the body where thinking, feeling and understanding of the world takes place (where consciousness exists), a brain disease like schizophrenia alters thinking, feeling, understanding and consciousness itself in affected persons, changing their lives for the worse.

Schizophrenia symptoms include difficulty thinking coherently, interacting with others normally, carrying out responsibilities and expressing emotions appropriately. Even simple everyday tasks like personal hygiene can become unmanageable and neglected. The disease can thus impact every aspect of affected people's work, family, and social life. Though not affected directly, family members also frequently become distressed and overwhelmed by the difficulties involved in providing care and in coming to terms with the transformation of their loved one into a patient with a serious chronic illness.

Psychosis and the loss of reality

A defining feature of schizophrenia or paranoid schizophrenia is psychosis. Psychosis occurs when a person loses the ability to discriminate between real and 'imagined' experiences, and therefore loses touch with reality.

People with schizophrenia commonly experience hallucinations, which are phantom sensations that only they perceive (such as voices speaking to them that only they can hear), and delusions, which are fixed, mistaken ideas (sometimes quite outlandish and illogical ideas) concerning themselves and their surroundings.

While the hallucinations and delusions characteristic of psychosis are 'imagined' in the sense that they do not have a solid, consistent basis in reality, they are nevertheless unavoidable and appear as real as other more reality-based perceptions to the people who experience them.

People with schizophrenia tend to think and act differently than other people because the occurrence of hallucinations, delusions and other symptoms characteristic of schizophrenia causes them to experience reality very differently than other people. This loss of reality can be terrifying for both schizophrenic people, who struggle mightily to make sense of their inner perceptual chaos, and for the people around them who grapple with trying to understand why their loved ones are acting in such odd and seemingly disorganized ways.