What Happens When You Mix Cocaine & Ecstasy? 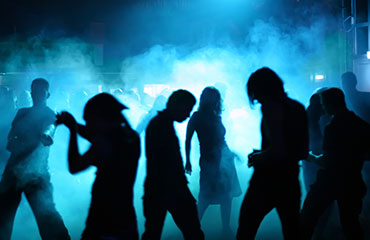 Mixing the two can severely worsen these effects.

Simultaneous use of cocaine and ecstasy is common in the party or clubbing culture, especially among teenagers and young adults. Both drugs are life-threatening when abused alone and the risk is compounded when the two are used together. Amongst the most dangerous side effects of cocaine use are as follows:

It’s apparent that each drug is independently dangerous, and when used concurrently, the results can be treacherous.

The majority of ecstasy users combine the psycho-stimulant with alcohol and/or cocaine. Research suggests that using cocaine concurrently with MDMA could amplify long-term side effects. Furthermore, alcohol is commonly combined with cocaine, which creates a lethal combination called cocaethylene in the liver. This metabolite increases the already high risk of heart attack, cardiomyopathy (enlargement and weakening of the heart), arrhythmias, and strokes.

Those who use cocaine and alcohol concurrently are more prone to violent thoughts and behaviors, which can have detrimental results. Likewise, MDMA is often used in conjunction with alcohol, which can cause significant impairment in cognitive functioning.

How Common is Mixing Cocaine & Ecstasy? 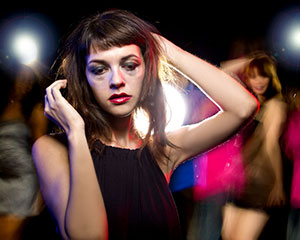 Ecstasy and cocaine are oftentimes used concurrently in club or party settings among young adults and can produce deadly results.

One study found that the use of multiple drugs is pervasive and that most users add ecstasy to their drug cocktail to enhance the high. In another study, 61.2% of recent cocaine users reported polydrug use.

Looking at 94 young adults that had used ecstasy and other drugs more than 4 times in the past 90 days, one study found that in addition to ecstasy:

Recently, a 7 year-long study found that the risk of death is quadrupled in 19-49 year olds who use cocaine on a regular basis, especially males.

Researchers compared 437 cases of sudden cardiovascular deaths (excluding acute intoxication and disease) to 126 deaths from other causes. They suggested that cocaine’s effects on the cardiovascular system may explain the increased risk of sudden death. These effects include:

According to the most recent statistics, ER visits from MDMA increased 123% from 2005 to 2009. What makes MDMA particularly dangerous is that it the drug itself is highly variable; it is often contaminated with other substances including amphetamines, cocaine, caffeine, PMA and PCP, which increase the risk for adverse effects.

If you're struggling with an addiction, treatment centers are available to help you and the path to recovery may be just a phone call away. Feeling reluctant, skeptical or helpless is a part of addiction, our treatment advisors are available 24/7 to guide you through the treatment options available in your area and make the process less overwhelming. Call us today at 1-888-993-3112Who Answers?

Why Do Some Users Combine Stimulants?

Stimulants are used in club setting where the likelihood of polydrug use is high. In this regard, they are combined because of the effects: enhanced socializing skills, increased feelings of pleasure and increased energy.

Although there are many, the main motivations researchers have found for polydrug use include: 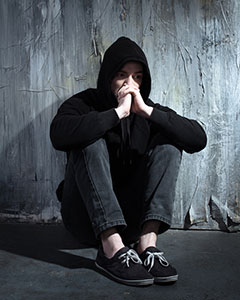 What Does the Research Say?

Research indicates that approximately 13% of people who use amphetamine-like stimulants will end up dependent on these drugs. Dependence is a critical component of addiction and substance abuse.
If abuse does develop, the person in question may be more likely to combine their drugs with others known for similar effects, i.e. cocaine if the individual abuses MDMA, or vice versa.

At present, there are no FDA approved drug-based, or medical, therapies to treat cocaine/MDMA abuse. However, there are some promising developments in this area.

Controlled clinical trials have shown medications including topiramate, modafinil, tiagabine, disulfiram and vigabatrin to have potential to decrease cocaine use, even though they are currently used for treatment of other conditions.

Disulfiram, which is also used in treatment for alcoholism, has been effective. A cocaine vaccine is showing promise for the prevention of relapse, by blocking cocaine from crossing the blood brain barrier. Additionally, more highly targeted medications, as well as treatments for acute overdose emergencies are in development.

There are no specific psychosocial treatments for concomitant ecstasy and cocaine abuse but the Matrix Model has been found to be beneficial in treating those suffering from an addiction to a stimulant.

The Matrix Model is an intensive outpatient program that lasts 16 weeks and is specifically designed for helping stimulant addicts maintain abstinence. This outpatient rehab contains regular urine testing, relapse prevention, self-help, family education, social support, and recovery skills. The therapist plays the role of a teacher and a coach, while fostering a positive and encouraging environment and focusing on building the patient’s self-worth.

Another useful psychosocial therapy is cognitive-behavioral therapy (CBT). CBT is based on the idea that our thoughts, feelings, and behaviors are interconnected and it evaluates how they influence one another in the context of drug use. Therapists work to identify maladaptive behaviors and to rectify them by developing coping strategies and self-monitoring tactics. This type of therapy teaches the patient to recognize cravings and to avoid trigger situations while acknowledging the negative ramifications of cocaine abuse.

Some patients may require stays in hospitals and/or other centers in order to receive treatment for illnesses that have developed as a result of stimulant abuse. This is known as inpatient hospitalization. Depending on the facility, inpatient services may also include treatment for substance abuse.

Some patients may be more suited to residential treatment, or treatment that requires that they remain at a center for the duration of their treatment. This involves moving into a residential facility which is adapted to avoid drug-use 'cues' or environmental factors that influence a person's tendency to abuse drugs. Medical and psychological services are typically provided, along with group therapy or other amenities (e.g., yoga, access to nature), depending on the facility.

Outpatient therapy is delivered at hospitals, clinics and other facilities at which stimulant abuse treatment is offered.

If you’re ready to start down a path towards addiction recovery, call us at 1-888-993-3112Who Answers? to find out about addiction treatment resources in your area.

A number of risk factors in the development of dependence on and abuse of cocaine and/or MDMA have been identified. They include:

These demographics may be taken into account when providing treatment for people with cocaine/MDMA abuse problems. It also indicates the importance of early and effective treatment for teenagers with this condition.

Studies have found a significant impact from polydrug use, including impaired cognitive function and psychiatric comorbidities.