What is Percocet Withdrawal? Are There Withdrawals from Percocet Use?

Percocet is a drug that contains a combination of Oxycodone and acetaminophen, both pain relievers.

Quitting Percocet while suffering from a physical dependency on the drug can produce an array of withdrawal symptoms. 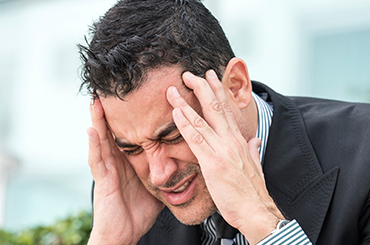 Oxycodone, the more potent pain relievers found in Percocet, belongs to a class of drugs known as narcotics or opioids, which are known for their high rate of abuse and dependency.

Quitting Percocet while suffering from a physical dependency on the drug can produce an array of withdrawal symptoms, some of which may be very difficult to cope with.

If you or a loved one is suffering from a Percocet addiction, have a fear of withdrawal, and want advice about your addiction treatment options, call 1-888-993-3112Who Answers? to speak to a member of our support team.

Withdrawal is the set of symptoms a person experiences when he or she stops taking a drug, forcing the body to adapt abruptly to functioning without that substance.

Withdrawal symptoms may be very different from one class of drugs to the next, depending on how the drug affected the body.

In the case of Percocet, the oxycodone works by targeting certain receptors in the brain and interfering with pain signals.

It may also interfere with receptors related to the body’s reward system and breathing regulation. When a person suddenly stops taking Percocet, withdrawal symptoms occur as these receptors in the brain adapt to working without the effects of the drug.

being mentally dependent or addicted. A classic sign of physical dependence is a growing tolerance to the drug, meaning the user requires a higher amount of the drug to achieve the same effects.

The manner in which a physically dependent person stops taking Percocet is important. Abruptly discontinuing Percocet is also a sure way to induce withdrawal symptoms.

To minimize the withdrawal process, medical professionals recommend slowly tapering off the Percocet intake over a prolonged period.

Mixing certain substances with Percocet may also produce withdrawal symptoms. This is most true of substances that interfere with Percocet’s function and stop it from working properly in the brain.

A class of drugs known as opioid antagonists has this effect, and some examples include naltrexone, pentazocine, and butorphanol.

Symptoms of Withdrawal from Percocet

In general, withdrawal from an opioid, like Percocet, is characterized by milder symptoms at first, which may become more severe later on. 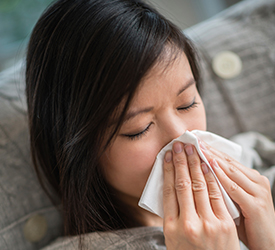 Flu-like symptoms are characteristic of early Percocet withdrawal. These symptoms may include:

According to the Food and Drug Administration (FDA) the onset of symptoms may occur within a day of quitting the drug, but in the coming days, more severe symptoms may develop. These include:

If you want more information on the type of treatment that is best suited for the stage of withdrawal you’re in, please call us at 1-888-993-3112Who Answers? to speak with a compassionate treatment support representative today.

In general, acute withdrawal symptoms from Percocet—that is, the symptoms that occur directly after a person stops taking the drug—are uncomfortable, but not life-threatening.

Psychiatric symptoms are the most uncomfortable part of the protracted withdrawal syndrome. A psychiatric evaluation may be necessary for patients experiencing severe anxiety and depression.

The severity of these symptoms, in some cases, may cause a relapse because the individual goes back to using Percocet to escape the discomfort of withdrawal.

There are a number of medications that may be administered to help patients cope with their Percocet withdrawal symptoms. Clonidine and Lofexidine are two drugs that are commonly prescribed to help with some of the most typical opioid withdrawal effects, including:

Another drug called buprenorphine is also commonly prescribed and may work better than other medications. A 2009 literature review found that buprenorphine is more effective in reducing the signs and symptoms of opioid withdrawal than clonidine or lofexidine.

Comparisons between buprenorphine and methadone were less conclusive, but there’s some evidence to suggest that buprenorphine resolves withdrawal symptoms faster.

Besides receiving medications to help with the physical symptoms, some patients may feel the need to seek psychiatric treatment as well, particularly if they’re going through a protracted withdrawal.

These people may experience mood changes including irritability, anxiety, or depression and may benefit from a psychiatric evaluation.

For people undergoing treatment for Percocet dependency and withdrawal, several kinds of treatment programs may be available. These include both inpatient and outpatient programs.

Inpatient programs, which admit patients into a facility, are what many people associate with drug treatment. But they come in a greater variety of forms than many people might think.

In some places, patients may have the option of choosing a residential inpatient treatment program tailored to their preferences. Some examples are:

If you or a loved one is worried about finding the right treatment option, you can talk to a member of our support team by calling 1-888-993-3112Who Answers?.

Help Someone Cope with Withdrawal

During the withdrawal process, one of the biggest concerns is the risk of relapse. Some studies have examined the importance of social support during the recovery process.

Participation in a support group may be helpful for friends or family members of a person going through withdrawal. Support groups can help people cope with their feelings and, in turn, be a better support system for others.

Nar-Anon is a general program for friends and family of people suffering from addiction, particularly to narcotics.

Friends and family members may also wish to encourage the individual going through withdrawal to join a support group geared toward people suffering from addiction, such as Narcotics Anonymous.