What Happens to Children of Alcoholic Parents?

Children Who Grow Up in Households With Alcoholic Parents

According to the National Association for Children of Alcoholics, around 30 million children are born to alcoholic parents. 1 The term adult child of an alcoholic (ACoA) was derived in an attempt to describe the unique characteristics generally found among individuals who grew up with parents, where either one or both, struggled with alcohol abuse. 2 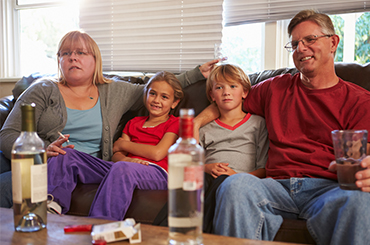 Recent evidence has suggested that children of alcoholics are at a significant risk for a variety of cognitive, emotional, and behavioral problems when compared to peers who were not raised by alcoholic parents. 2, 4-6 Children from parents who are addicted to substances are the group most at risk for later developing problems with drugs and alcohol, likely due to both genetics and environmental factors. 7, 8 Children of addicted parents are also most likely to suffer child abuse and neglect, compounding existing predispositions towards mental illness and substance abuse. 2, 9

The Home Environment: What it is Like Living with Alcoholic Parents 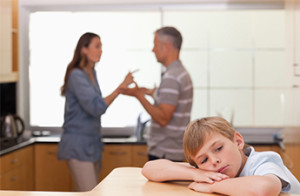 The family environment of alcoholics is typically marked by a significant degree of chaos. Alcoholic families tend to be driven by a system of rigidity, such as lack of flexibility and arbitrary rules, that predispose children to develop a sense of overwhelm or confusion. 10 This response is marked by feelings of fear that remain unexpressed or unresolved, which can lead to emotional shutting down and detachment from loved ones. 2, 5

Children of alcoholics endure chronic and extreme levels of tension and stress as the result of growing up in the home with a parent struggling with alcohol abuse. 10

Growing up in a chaotic and unpredictable environment causes the adult child of an alcoholic to internalize messages of distrust, insecurity, and belief that they should suppress their emotional responses. 10, 12 These maladaptive beliefs can lead to symptoms of mental health problems over time. 13

It is widely accepted that early experiences have the ability to shape the ways in which we interact with others later in life. 16 Adult children of alcoholics have significant difficulty recognizing their own needs and often are not able to have appropriate balance in their relationships with others. 3 They are more likely to exhibit patterns of an insecure attachment style than their peers who were not raised in alcoholic homes. 9Insecure attachment refers to a maladaptive pattern of relating to others, which stems from fears related to the potential for rejection or abandonment. Individuals with insecure attachment have been found to be at greater risk for developing psychopathology throughout adulthood. 12 Thus, adult children of alcoholics may exhibit the following insecure attachment patterns in their relationships with friends, coworkers, romantic partners, family members, and even their own children 3:

These patterns of behavior with interpersonal relationships can prevent the adult child of an alcoholic from appropriately developing positive relationships. They may lack skills in appropriate social contact, be unable to demonstrate appropriate guilt or remorse, and exhibit impaired ability to consider cause and effect. 16

The chronic stress of growing up in a chaotic and unpredictable environment, such as the one adult children of alcoholics experience can lead to significant alterations in: 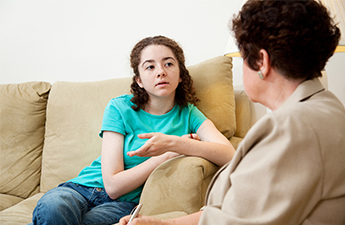 Growing up with a parent who struggled with alcohol abuse is stressful and can lead to many negative long-term effects. 2 If you or someone you love is struggling with psychological distress, relationship problems, trouble at work or school, or other problems that may be related to being the adult child of an alcoholic, then it is important to seek help from a trained professional.

Participating in outpatient psychotherapy can help the individual understand the impact that growing up with an alcoholic parent had on their development, as well as how these impacts may present themselves on a day-to-day basis in their current lives. Further, outpatient psychotherapy can also help the individual learn and practice ways of recognizing maladaptive behavior patterns, improve critical thinking skills and impulse control, strengthen stress management capabilities, and enhance their ability to develop secure and intimate attachments with others.

16. Masten AS, Best KM, Garmezy N. Resilience and development: Contributions from the study of children who overcome adversity. Devel Psychopathol 1990;2:425-444.