Cluster B is called the dramatic, emotional, and erratic cluster. It includes:

Disorders in this cluster share problems with impulse control and emotional regulation.

The Antisocial Personality Disorder* is characterized by a pervasive pattern of disregard for the rights of other people that often manifests as hostility and/or aggression. Deceit and manipulation are also central features.

In many cases hostile-aggressive and deceitful behaviors may first appear during childhood. 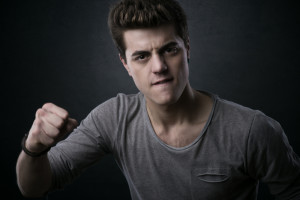 In addition to reckless disregard for others, they often place themselves in dangerous or risky situations.
They frequently act on impulsive urges without considering the consequences. This difficulty with impulse control results in loss of employment, accidents, legal difficulties, and incarceration.

Persons with Antisocial Personality Disorder typically do not experience genuine remorse for the harm they cause others. However, they can become quite adept at feigning remorse when it is in their best interest to do so (such as when standing before a judge).

They take little to no responsibility for their actions. In fact, they will often blame their victims for "causing" their wrong actions, or deserving of their fate. The aggressive features of this personality disorder make it stand out among other personality disorders as individuals with this disorder take a unique toll on society.

Persons with Histrionic Personality Disorder* are characterized by a pattern of excessive emotionality and attention seeking. Their lives are full of drama (so-called "drama queens"). They are uncomfortable in situations where they are not the center of attention.

People with Histrionic Personality Disorder can appear flighty and fickle. Their behavioral style often gets in the way of truly intimate relationships, but it is also the case that they are uncomfortable being alone.

They tend to feel depressed when they are not the center of attention. When they are in relationships, they often imagine relationships to be more intimate in nature than they actually are.

People with Narcissistic Personality Disorder* have significant problems with their sense of self-worth stemming from a powerful sense of entitlement. This leads them to believe they deserve special treatment, and to assume they have special powers, are uniquely talented, or that they are especially brilliant or attractive. Their sense of entitlement can lead them to act in ways that fundamentally disregard and disrespect the worth of those around them. 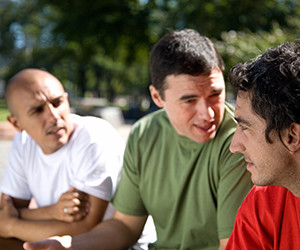 Status is very important to people with Narcissistic Personality Disorder. Associating with famous and special people provides them a sense of importance. These individuals can quickly shift from over-idealizing others to devaluing them.

However, the same is true of their self-judgments. They tend to vacillate between feeling like they have unlimited abilities, and then feeling deflated, worthless, and devastated when they encounter their normal, average human limitations. Despite their bravado, people with Narcissistic Personality Disorder require a lot of admiration from other people in order to bolster their own fragile self-esteem. They can be quite manipulative in extracting the necessary attention from those people around them.

Borderline Personality Disorder* is one of the most widely studied personality disorders. People with Borderline Personality Disorder tend to experience intense and unstable emotions and moods that can shift fairly quickly. They generally have a hard time calming down once they have become upset. As a result, they frequently have angry outbursts and engage in impulsive behaviors such as substance abuse, risky sexual liaisons, self-injury, overspending, or binge eating. These behaviors often function to sooth them in the short-term, but harm them in the longer term.

People with Borderline Personality Disorder tend to view the world in terms of black-and-white, or all-or-nothing thinking. Their tendency to see the world in black-or-white (polarized) terms makes it easy for them to misinterpret the actions and motivations of others.

To illustrate the way black-and-white thinking, emotional dys-regulation, and poor impulse regulation all merge and culminate to create interpersonal conflict and distress, let's use an example:

Clearly, the Borderline Personality Disorder with its combination of distorted thought patterns, intense and under-regulated emotions, and poor impulse control is practically designed to wreak havoc on any interpersonal relationship.

*It is important to remember that everyone can exhibit some of these personality traits from time to time. To meet the diagnostic requirement of a personality disorder, these traits must be inflexible; i.e., they can be regularly observed without regard to time, place, or circumstance.

Furthermore, these traits must cause functional impairment and/or subjective distress. Functional impairment means these traits interfere with a person's ability to functional well in society. The symptoms cause problems in interpersonal relationships; or at work, school, or home. Subjective distress means the person with a personality disorder may experience their symptoms as unwanted, harmful, painful, embarrassing, or otherwise cause them distress. The above list only briefly summarizes these individual Cluster B personality disorders. Richer, more detailed descriptions of these disorders are found in the section describing the four core features of personality disorders.