We have previously reviewed the four defining features of personality disorders. These are:

In order to be diagnosed with a specific personality disorder, a person must meet the minimum number of criteria established for that disorder. Furthermore, to meet the diagnostic requirements for a psychiatric disorder, the symptoms must cause functional impairment and/or subjective distress. This means the symptoms are distressing to the person with the disorder and/or the symptoms make it difficult for them to function well in society.

Furthermore, the ten different personality disorders can be grouped into three clusters based on descriptive similarities within each cluster. These clusters are:

Cluster A (the "odd, eccentric" cluster);
Cluster B (the "dramatic, emotional, erratic" cluster); and,
Cluster C (the "anxious, fearful" cluster).

Oftentimes, a person can be diagnosed with more than just one personality disorder. Research has shown that there is a tendency for personality disorders within the same cluster to co-occur (Skodol, 2005). Later, this issue of co-occurrence will be discussed in greater detail. The alternative model of personality disorder, proposed for further study in DSM-5 (APA, 2013), hopes to reduce this overlap by using a dimensional approach versus the present categorical one. These different models are discussed in another section. 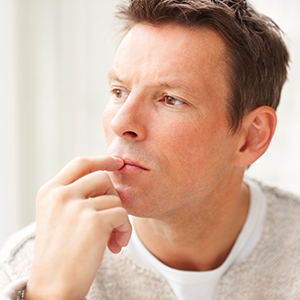 The Paranoid Personality Disorder* is characterized by a pervasive distrust and suspiciousness of other people.

The Schizoid Personality Disorder* is characterized by a pervasive pattern of social detachment and a restricted range of emotional expression. For these reasons, people with this disorder tend to be socially isolated. They don't seem to seek out or enjoy close relationships.

The Schizoid Personality Disorder appears to be rather rare.

Persons with Schizotypal Personality Disorder* are characterized by a pervasive pattern of social and interpersonal limitations. They experience acute discomfort in social settings and have a reduced capacity for close relationships. For these reasons they tend to be socially isolated, reserved, and distant.