Can Ecstasy Cause Depression?

Ecstasy is a psychoactive drug whose mechanisms of action are similar to that of stimulant medications. 1 By impacting the levels of serotonin within the brain, ecstasy can lead to intense sensations of euphoria and general well-being. 2 However, repeated use of the drug may lead to permanent changes in the brain's production and use of serotonin, which is believed to increase the risk for developing depression. The evidence for a direct link between ecstasy use and depression, however, is not very strong at this time (see below section "Ecstasy and Depression: Is There a Link?" for details). 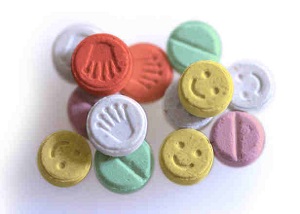 Prevalence of Ecstasy Use

Ecstasy use continues to grow in popularity. In fact, ecstasy is associated with a group of drugs known as "club drugs," which are substances that are commonly used by groups of people while out at night clubs, house parties, festivals, or raves in order to enhance their experience. 4 Other common club drugs include methamphetamine, d-lysergic acid diethylamide (i.e., LSD), gamma-hydroxybutyrate (i.e., GHB), and ketamine.

Over the last several decades, rates of this casual style of drug use has been on the rise. 5 Interestingly, findings suggest that while ecstasy use has generally risen over the past decade, perceptions of risk associated with using this drug are declining. 6, 7 According to results from the 2014 National Survey on Drug Use and Health, which was conducted by the National Institute on Drug Abuse (NIDA), an estimated 12% of college-aged individuals (i.e., between the ages of 18 and 25 years) were reported to have tried ecstasy at some point during their lives.

This rate seems to drop with advancing age, as approximately 6.40% of adults over the age of 25 were reported to have used ecstasy. In terms of the more vulnerable population of high school students, 1.4% of eight graders, 3.7% of tenth graders, and 5.6% of high school seniors were reported to have tried ecstasy at some point during their lifetime. 8 In terms of other statistics on ecstasy use, males are reported to be slightly more likely to have tried the drug than their female counterparts.
Further, children whose parents have higher educational attainment are more likely to try ecstasy than those whose parents are less educated. Geographically, the distribution of ecstasy use across the country is fairly consistent from region to region; though, some reports suggest that those who reside in the southern states are less likely to report having used the drug. Individuals residing in large cities are more likely to have used ecstasy when compared to those living in more rural regions. 9, 10

What Happens When You Use Ecstasy

Ecstasy (also known as MDMA or 3,4-methylenedioxy-methamphetamine) is a synthetic psychoactive drug, whose mechanism of action is similar to that of stimulant medications. 11 Ecstasy affects the brain by increasing the activity of several neurotransmitters, including serotonin, norepinephrine, and dopamine. The neurotransmitter serotonin, in particular, plays a critical role in the modulation of appetite, sleep, mood, and pain, along with a number of other behaviors. It is believed that increases in the levels of serotonin within the brain, as the result of taking ecstasy, leads to sensations of elevated mood. 2

About 30 minutes to an hour after taking ecstasy, the individual will begin to feel the effects of the drug, which generally last about 3.5 hours. These effects can include 12:

Some individuals may experience negative side effects while using ecstasy, including?:

When the drug begins to wear off, levels of serotonin within the brain begin to fall rapidly. This results in symptoms of extreme fatigue, irritability, and depression, which may persist for several days. Other symptoms that may occur after the ecstasy has worn off include dehydration, nausea, dizziness, headaches, and muscle aches. 1, 2

While a large portion of individuals who report using ecstasy note that they only use the drug on occasion for recreational purposes, there is potential for an individual to develop both a physical and psychological dependence. 4, 12 Indeed, some researchers have found that changes in the brain can occur quite quickly after exposure to the drug. For instance, the flood of neurotransmitters that occurs after taking ecstasy, leads the body to create additional receptors to manage the influx. 2 Moreover, the body may then falsely believe that it no longer has to produce its own neurotransmitters; thereby, relying primarily on the drug to modulate the levels of these chemicals within the brain. Psychologically, the individual may start to believe that they are not able to enjoy day-to-day activities or have fun without using ecstasy. However, this can also occur with other drug use, and may not be exclusive to ecstasy. 13

With chronic use, ecstasy can lead to many long-term physical and psychological problems, which are listed below. 12, 14

Physical Effects of Long-Term Ecstasy Use:

Psychological Effects of Long-Term Ecstasy Use:

Ecstasy and Depression: Is There a Link?

Studies have consistently shown that using ecstasy can lead to permanent changes in the brain's production and use of serotonin. 2 ,17 Given that serotonin plays a critical role in the regulation of mood, it is possible that using ecstasy can lead to an increased risk for developing symptoms of depression. 15 Interestingly, findings from studies examining the link between ecstasy and depression have been mixed. 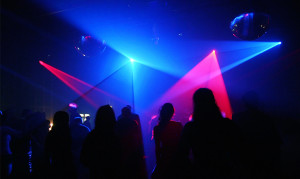 Studies have shown that individuals with a history of ecstasy use or who currently use report mild levels of depression, at least in the short run. 21 ,22 However, the finding of increased depression among those who use ecstasy in combination with other drugs may not be explained by the ecstasy use alone; polysubstance abuse, or using multiple substances, appears to produce similar effects as using ecstasy by itself. 13 ,16

In addition, factors like impulsivity, sensation seeking, and executive dysfunction may better explain the depressive and psychological symptoms seen in ecstasy users, rather than attributing these symptoms to ecstasy, alone. 18, 20 Also, depression itself may lead to using ecstasy, instead of the other way around. 20

Further work is necessary in order to determine ecstasy's potential contribution, if any, to increased risk for depressive symptoms. As it stands, there is weak evidence that ecstasy use leads to depression in the long-term. Instead, it appears that other factors might contribute to such symptoms.

Nevertheless, ecstasy can potentially disrupt neurocognitive systems and lead to difficulties in memory, sleep, pain, and other cognitive functions. 2, 14 It is important to get help right away if you or someone you love is suffering from addiction to ecstasy.