Is My Husband or Wife an Alcoholic?

Does my Partner Have a Problem?

Perhaps you've tried to ignore the signs. As the saying goes: "Denial is not just a river in Egypt." Or you waver between confronting your spouse and thinking you might be jumping to conclusions, overreacting. After all, what's wrong with a little social drinking? Maybe that's all it is.

Is there a difference between problem drinking and social drinking--having a couple, or more, beers daily after work "to take the edge off" the day? 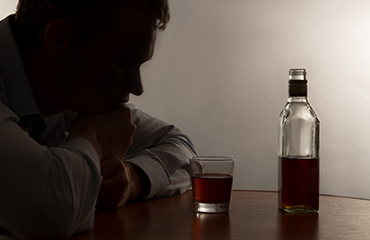 Simple Definition of a Drinking Problem

When I worked at San Francisco's Alcoholism Evaluation and Treatment Center, we had a simple way of diagnosing a drinking problem: If the person's use of alcohol is causing problems in the family, at work, legally, or physically, then yes, a drinking problem exists. We didn't quibble about whether to label someone as an alcoholic, which implies disease, or as a problem drinker (which implies a behavioral style). Either way, we understood that if you need to drink to be social, it's not social drinking.

Signs That My Spouse Has a Drinking Problem

Below are four areas of functioning that may show signs of a drinking problem:1

Alcohol blunts or blocks out emotional pain and allows the drinker to tolerate situations he or she may not want to, or feels unable to, deal with.

Many years before marrying, "Jack" had been a prisoner of war. He'd kept that to himself after his release and never told his wife about it. During couple therapy sessions, his wife said she felt frustrated with his heavy drinking and shut out by his silent, withdrawn behavior. After several sessions, he came in to one drunk.

Although the typical rule is that problem drinkers must come to therapy sober, I made an exception--a good decision. This time he let it all out, crying as he described how as a prisoner of war for over a year, he'd been forced to stay in an underground compartment-like space so shallow that he had to remain lying down.

Alcohol helped him gain the courage to tell his truth in this session and cry. His wife was deeply moved on hearing this and by his tears. She finally understood. She gained empathy for him, and consequently, their marital relationship improved dramatically.2

My Partner Might Have a Drinking Problem: What Do I Do About It?

Addressing a possible drinking problem constructively is likely to be challenging. Choose a time to talk when you are both calm, alert, sober, and not hungry. Begin with the end in mind, which is for a conversation that is honest, kind, and respectful. Being critical or judgmental tends to result in a defensive or hostile response from your partner. 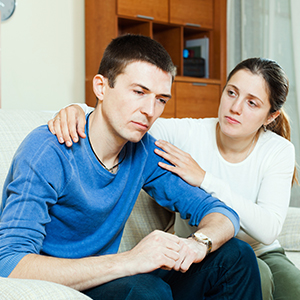 Speak from your heart about how the drinking affects you. Begin and conclude with a positive statement.3

The first time you bring up your concern, your spouse may deny that a problem exists or rationalize it, saying "It only happened once; I'm still a safe driver" or make false promises like, "It will never happen again." Listen with compassion and thank your partner for hearing you regardless. Expect to have more similar conversations in the future before treatment may be sought.

Helping Your Partner Get Treatment

Here are some treatment options to consider:

Couples can support each other by engaging in activities and behaviors that reinforce sobriety, avoid situations like going to bars, that may serve as cues for drinking, and involve themselves in activities and friendships which don't encourage drinking, such as:

You will also want to support yourselves socially and psychologically by:

Remember: You are a separate person with your own needs and wants. Don't build your life totally around your partner's recovery. Give yourself permission to engage in activities you enjoy doing on your own, at least once a week, as author Julia Cameron recommends in her book, The Artist's Way.4 Her advice isn't just for artists; it's great for all of us!

Eternal vigilance is necessary for ongoing recovery. The same is true for keeping a marriage thriving. We're likely to do so by staying alert to both our own feelings and needs, and also to what's best for our relationship.